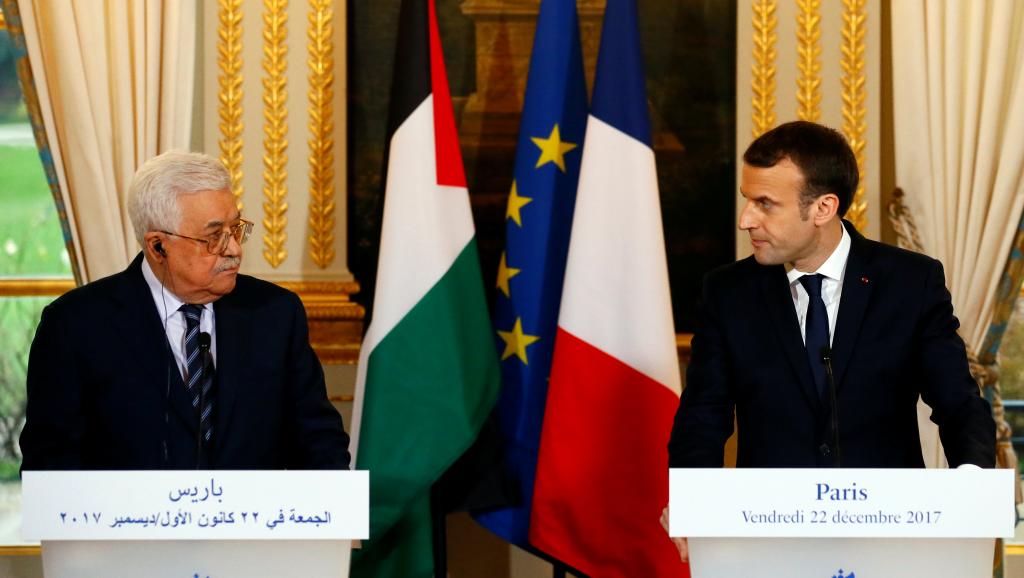 Palestinian President Mahmoud Abbas has called on the European Union to take the lead in putting forward peace initiatives in the Middle East as trust fades in the US mediation after Trump’s declaration of Jerusalem capital of Israel.

After a meeting with French President Emanuel Macron in Paris Friday, Abbas told the press that Palestinians will “no longer accept” any peace plan proposed by the US.

“I confirmed to President Macron that after Trump announced Jerusalem as capital of Israel, I told Macron that Trump is no longer a partner in any kind of political process and can no longer be a partner in this process, what has happened and the way the US acted specifically took them out of the role of being a broker for peace,” Abbas said.

President Macron for his part, ensured that “the role of France is to ensure stability in the region” and security for all.

A decisive vote of 128 countries in the UN for a resolution rejecting Trump’s declaration took place on Thursday. The vote has been received in Washington as a stinging rebuke for Trump and a rejection of his unilateral declaration of Jerusalem as a capital of Israel.