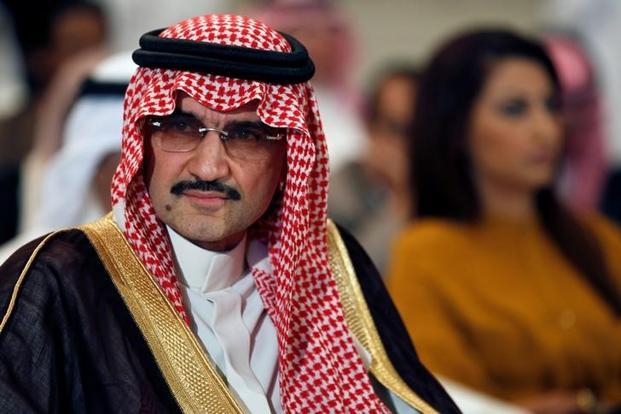 Prince al-Waleed bin Talal has reportedly refused to give up part of his fortune in exchange for freedom in the purge launched by authorities to wipe out corruption.

The owner of Kingdom Holding Company according to the Financial Times has hired lawyers to challenge alleged charges pressed against him in the anti-corruption clean-up, which rounded up early November over 200 people including several other princes, senior officials, former ministers and business billionaires.

The individuals have been arrested over extortion, bribery and kickbacks allegations. They have been locked up at Riyadh Ritz Carlton 5 star hotel.

Al-Waleed’s net worth estimated at $16 billion is said going down and his company looking uncertain amid the purge.

“Now it is Prince al-waleed who is engulfed in a crisis following his detention last month as part of Riyadh’s anti-corruption crackdown. But, in his hour of need, nobody has publicly come to his aid as billions of dollars have been wiped off his fortune and the investment firm he founded, Kingdom Holding Company, has been plunged into uncertainty” the Financial Times reads.

Unlike the 62-year old international investor, several other princes have agreed to go for settlement in exchange for their freedom. Prince Mutaib bin Abdullah bin Abdulaziz who was fired on the eve of his arrest reportedly committed to pay a little higher than $1 billion.

Mutaib was head of the National Guard and was deemed a powerful contender and potential opponent to the Crown Prince.