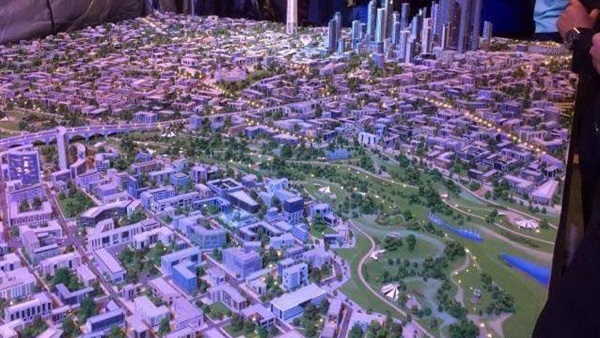 The Egyptian Army is supervising the construction of Egypt’s new administrative capital in a move to bolster Sisi’s rule.

The yet-unnamed new administrative capital, expected to be completed in mid-2019, was launched in eastern Cairo in order to house the administrative buildings.

To achieve the new city, the Administrative Capital for Urban Development company was created as a joint venture between the Egyptian army and a government land development agency that is in charge of constructing the city.

Since he took power, Sisi relied on the army to manage large projects and bypass the government bureaucracy leading to strengthening the army’s footprint in a range of economic sectors.

Sisi’s ambitions for the new capital are staggering: not only will the government move there, but so will parliament, the presidential palace, the supreme court, the central bank and — it is hoped — 6.5m people.

The project was announced in 2015 and is expected to cost some $45 billion, according to the authorities.