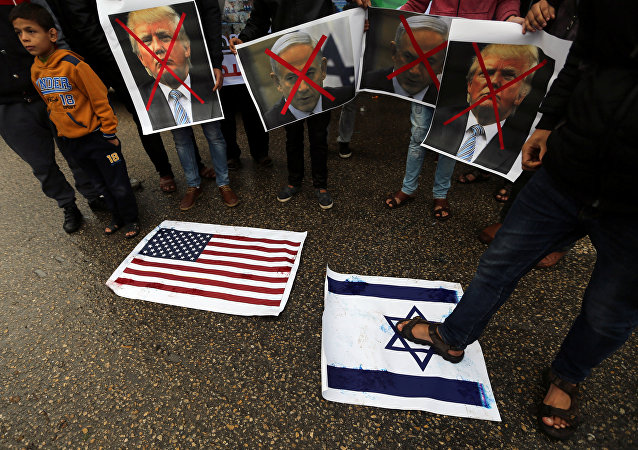 Fourteen members of the UN Security Council will submit a one page draft resolution to reverse President Trump’s decision to recognize Jerusalem as Israel’s capital.

The draft resolution is backed by France and UK, Washington’s key allies who slammed President Trump’s unilateral decision to move the US embassy from Tel Aviv to Jerusalem that he declared Israel’s capital.

The US leader moved ahead with the decision despite warnings from his country’s allies in the West and in the Arab world.

Egypt is author of the draft, which also received support from Arab foreign ministers.

The text “affirms that any decisions and actions, which purport to have altered, the character, status or demographic composition of the Holy City of Jerusalem have no legal effect, are null and void and must be rescinded in compliance with relevant resolutions of the Security Council.”

It also calls on countries to refrain from establishing their embassies in the disputed city.

The status of Jerusalem has been left to the final status negotiations between Palestinians and Israelis, who both claim dominion over the disputed city. Palestinians hope to make Eastern Jerusalem the capital of their future state while Israel claims it to be its eternal and indivisible capital.

Israel has been occupying the city since 1967.

The draft resolution is likely to face US’s veto meaning it will not be adopted.

Last year, the UN Security Council adopted a resolution noting the UN body’s consensus on the borders of the city, which remain those of June 1967. Fourteen countries voted for the resolution and the US abstained, allowing therefore it adoption.