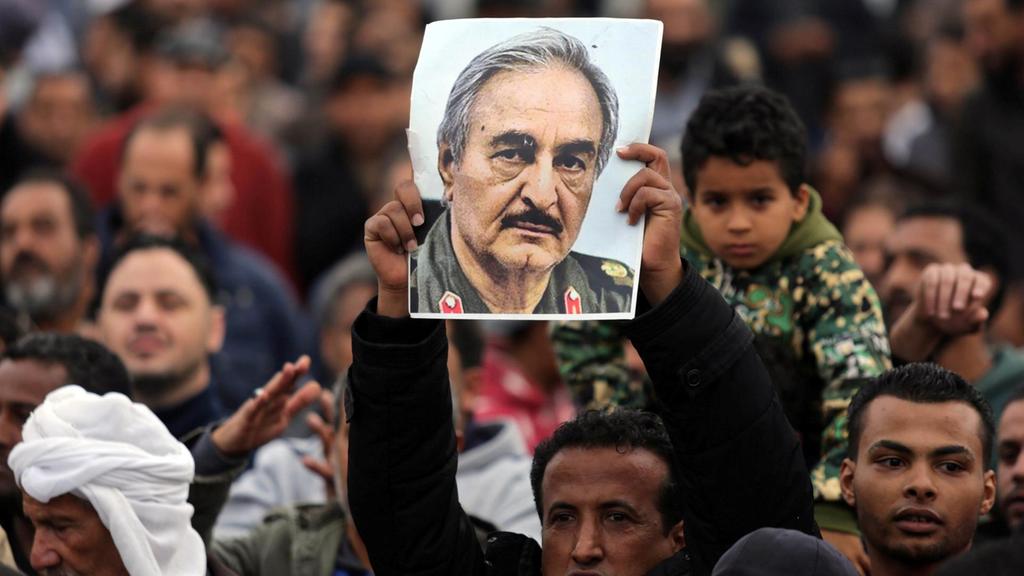 Field Marshal Khalifa Haftar commanding the east-based Libyan National Army (LNA) indicated Sunday that the Libyan Political Agreement (LPA) brokered by the UN is outdated and the institutions associated to it have lost legitimacy.

“All the dialogues starting from Ghadames [in northwest Libya] and ending in Tunis and going through Geneva and Skhirat [in Morocco] was just ink on paper,” he said at a military graduation.

The UN in December 2015, in Skhirat secured the LPA from Libyan opposed factions, establishing a transitional central government which would last for one year and renewable only once.

Haftar said December 17 marks the end of the LPA adding that the Presidential Council (PC) and its aligned Government of National Accord (GNA) no longer represent Libyans.

“All bodies resulting from this agreement automatically lose their legitimacy, which has been contested from the first day they took office,” he said.

Libya is entering a dangerous phase, he noted, pointing out the urgency to hold polls to elect new authorities that fully identify with the Libyan people.

Haftar neither recognizes the PC nor the GNA, which he believes are controlled by Muslim Brotherhood and foreign powers.

UN last week threw its support behind the LPA noting that it was the only political roadmap towards the organization of elections.

UN Special Envoy to the North African country, Ghassan Salame, unveiled in September an action plan, which set elections for late next year.

Responding to Haftar’s comments, Salame urged all sides to refrain from actions that could undermine the political process stressing that Libyans were “fed up with violence” and hoped “for a political solution, for reconciliation and for harmony”.

Salamé insisted that free and fair elections next year would result in institutional and political normality in Libya, noting that UNSMIL was “intensively trying to establish the proper political, legislative and security conditions for elections to be held before the end of 2018”.

He also called on Libyans to register to vote so they could hopefully live in an effective state that provided important services such as security, public health and education.