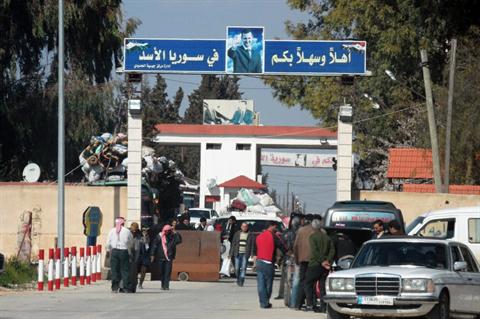 Syrian and Lebanese authorities officially re-opened Thursday one of the five border crossings between the two countries closed in 2012 after Syrian and Lebanese forces launched assaults against terrorists who established bases near the Syrian border.

The re-opening was marked on both sides of the border known as Jussiyeh in Syria and al-Qaa in Lebanon.

Travelers can start crossings as of this Friday (dec.15), reports say.

Syria descended into civil war in 2011 following an uprising against the regime of President Bashar Assad. The regime crushed the revolt but had to face an armed opposition on one the hand and the Islamic State group (IS) militants on the other.

President Assad has managed to regain much of the country after securing Russian military intervention in 2015. Moscow with its military arsenal helped the army battle out the terrorists, take back IS-controlled swathes and keep the rebellion at bay.

Around 1.5 million Syrian refugees crossed into Lebanon. Areas around the Lebanese border witnessed several attacks including suicide bombings staged by the terrorists who sneaked into Lebanon as refugees.