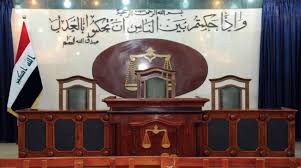 Iraqi authorities carried out capital punishment against 38 people who were convicted of “terrorist acts.”

The suspects were IS members in the Nasiriyah town, which has been recently liberated along with other areas in southern and western Iraq.

Tens of thousands of people are currently being held in Iraqi jails accused of affiliations with the extremist organization.

The move may raise concerns from international humanitarian organizations, including the European Union, which have repeatedly called on Baghdad to abolish its death penalty.

Under Iraqi law, being found guilty of being a member of ISIS carries a sentence of life imprisonment or death.

Human Rights Watch warned earlier this month that the mass trials of ISIS fighters seen in recent months are rife with due diligence violations.

In August 2017, the Iraqi Central Criminal Court sentenced 27 people to death convicted of killing 1,700 Iraqi soldiers at the US Camp Speicher base near the central city of Tikrit.