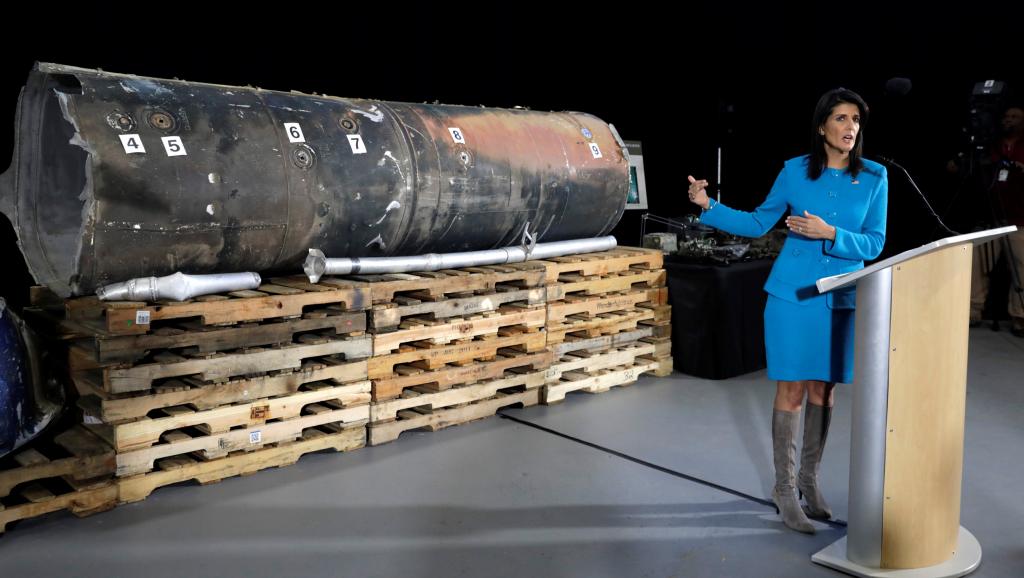 The United States Thursday said it has clear evidences that the ballistic missile launched by Yemen Houthi rebels early November was supplied by Iran.

US envoy to the UN, Nikki Haley told media that the US has evidences that Iran supplies Yemen Houthi rebels with weapons that enabled them to launch missiles into Saudi Arabia and that the US Defense Secretary will announce new measures against Iran because of its hostile actions.

The US official argued that there are irrefutable evidences Iran supplied the ballistic missile launched by the rebel early last month and which was intercepted near Riyadh international airport.

“It was made in Iran then sent to Houthi militants in Yemen,” Haley said of the missile.

“From there it was fired at a civilian airport with the potential to kill hundreds of innocent civilians in Saudi Arabia,” she added.

Saudi forces destroyed the missile, which caused no casualty.

Saudi Arabia described the attack as “an act of aggression” and vowed not to remain idle in the face of Iran’s threats against the region and its growing influence.

Iran slammed the accusations noting that the Saudi kingdom points at the Islamic Republic as a scapegoat after it failed in Yemen and Lebanon where Premier Saad Hariri rescinded his resignation that he announced under Saudi pressure.

Hariri early November announced his resignation in a broadcast on a Saudi media.

The presence of Iranian missiles in Yemen violates UN resolutions banning export of Iranian weapons and missiles, Haley said, adding that new measures against Iran will be announced shortly because of its hostile actions.