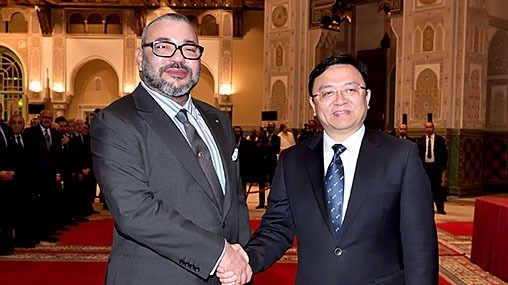 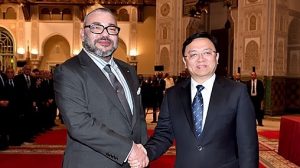 Morocco has signed a memorandum of understanding with Chinese automaker BYD for the establishment of an electric car factory near Tangier (north), the first of its kind in the North African country and in Africa.

After the French Renault and Peugeot groups, BYD (“Build Your Dreams”) is the third largest car manufacturer to have been attracted by this Maghreb country.

The memorandum of understanding, signed Saturday at the Casablanca Royal Palace, under the chairmanship of King Mohammed VI and in the presence of the CEO of BYD, the Chinese billionaire Wang Chuanfu, also provides for the construction of three other factories, that will manufacture electric batteries; electric buses and trucks; and electric trains.

All these production sites will be located near Tangier, in the future “Cité Mohammed VI Tangier Tech”, an “industrial city” whose creation was announced in March and which will be carried out by the Chinese group Haite.

These new projects fall in line with King Mohammed VI’s firm determination to revitalize and modernize his country’s infrastructures and to diversify partnerships with major world players, including China.

Actually Morocco and China are bound by exemplary political and economic relations and widened the scope of their cooperation following the King’s visit to China in 2016.
Besides, Morocco, which boasts many assets, is now recognized as a competitive platform for automotive production and is hosting leading operators in high-tech sectors, such as composite materials, automotive lighting or connectivity.

With BYD’s new projects, new specializations will be introduced in the Kingdom, which is resolutely determined to develop, part of the ongoing dynamics at the world level, new forms of transport combining efficiency and respect for the environment.

No details were disclosed on the cost of BYD’s projects in Morocco, nor on the date of commissioning of the production sites, which will spread over 50 hectares and will create 2,500 jobs, according to the promoters of the project.

Moroccan Minister of industry Moulay Hafid Elalamy said during the ceremony that the project will contribute to the implementation of the King’s enlightened vision for the development of relations between China and African countries.

The Kingdom has become a well-known competitive platform in the field of car production, the minister added.

For his part, CEO of the Chinese group, Wang Chuanfu, hailed the excellent relations between China and Morocco, pointing out that “BYD is pleased to cooperate with Morocco on this project, and to share its experience in several countries in recent years in the development of electric vehicles”.

Cooperation between BYD and Morocco sets a model for other countries who seek to develop innovative energy solutions, Chuanfu said.

“We want to benefit from Morocco’s geographical location, as a gateway to Europe and to the African market,” said the BYD boss.
Morocco has initiated an ambitious industrialization strategy, notably in Tangier, a town of one million inhabitants, which today houses several industrial parks.

The automotive sector is particularly developed there, especially since the establishment of a Renault factory, the largest in Africa, in the city’s free zone.

The kingdom also wants to be a major player in sustainable development on the regional level, thanks to a voluntarist green energies strategy, spearheaded by King Mohammed VI.

The goal is to increase the share of renewable energies in the Moroccan energy mix by 2030 to 52%.

BYD is a pioneer in the industry as it started manufacturing electric cars long before the American Tesla, and marketed its first hybrid vehicle in 2008. A year later, it unveiled its first fully electric car, the e6, before Tesla started marketing its S Model in 2012.

China, the world’s largest market, announced last September it will eventually ban the manufacturing and sale of fossil fuel cars.

World leader in electric transport, BYD Auto Industry has 220,000 employees, working in over 30 industrial sites around the world. BYD has a $17 billion turnover and produces 13% of electric vehicles sold across the world. BYD holds 30% of the world’s largest electric car market, i.e. the Chinese market.