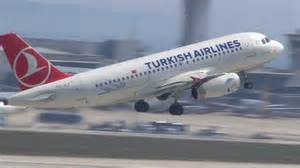 The Turkish national flag carrier has acquired its Boeing 777 freighter after the company announced in November that it was in talks for the acquisition of forty 787-9 Dreamliners.

The new plane is the first acquisition of freighter by the Turkish company in 2017. The airline has placed order for two of the same aircraft.

“As a prominent sub-brand of Turkish Airlines, Turkish Cargo increased its freighter destinations served from 55 to 73 from the beginning of this year, reaching to approximately 1 million tons of cargo with 29 percent increase compared to the previous year’ same period,” said İlker Aycı, chairman of the Board and the Executive Committee of Turkish Airlines.

Last month, Bilal Ekşi, CEO of the airline said in an interview that they had sent RFPs (requests for proposals) to the two manufacturing companies. Boeing was part of the two and was expected to supply to the Turkish company forty 787-9s for $11 billion.

The company currently operates 329 aircrafts and offers direct flights to 300 destinations in 120 countries.

The activities of the airline will increase a great deal with the inauguration Istanbul’s third airport in October next year.