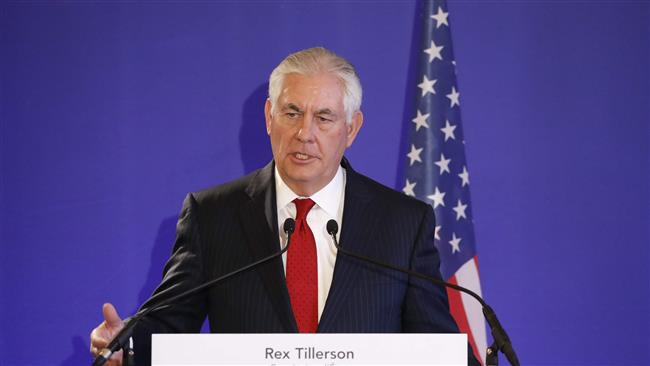 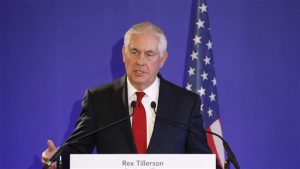 “With respect to Saudi Arabia’s engagement with Qatar, how they’re handling the Yemen war that they’re engaged in, the Lebanon situation, we would encourage them to be a bit more measured and a bit more thoughtful in those actions to, I think, fully consider the consequences,” US Secretary of State Rex Tillerson told the press in Paris.

“We urge all parties to immediately cease hostilities, reenergize political talks and end the suffering of the Yemeni people,” the statement adds.

The Trump administration’s increased engagement on the Yemen civil war comes after humanitarian groups criticized the administration for ignoring the increasingly dire situation there.

US support for the campaign includes selling the Saudis weapons, providing limited intelligence and helping with logistics such as air refueling.

The US also stressed that “the Iranian-backed Houthi militias must allow food, medicine and fuel to be distributed throughout the areas they control, rather than diverted to sustain their military campaign against the Yemeni people. This humanitarian aid must be allowed to immediately reach all points of need.”

The war in Yemen has killed more than 10,000 civilians and driven the Arab world’s poorest country towards a humanitarian disaster.