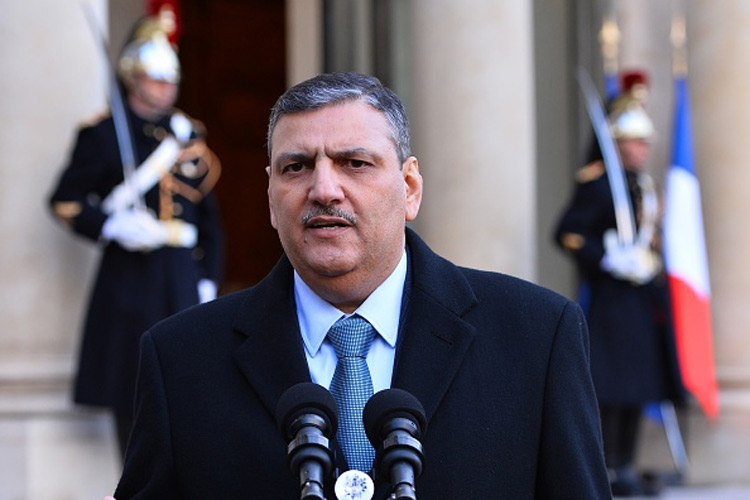 Riad Hijab, head of the main Syrian opposition resigned Monday from his position few days before an important meeting in Riyadh to reorganize the group ahead of a new UN-led talks to find solutions to six-year old conflict.

Hijab took to Twitter to announce his resignation without elaborating on the reasons behind his sudden move.

“I find myself today forced to announce my resignation from the High Negotiations Committee (HNC), wishing them further achievements, and wishing for my beloved country Syria peace, security, and stability,” he wrote in Arabic.

The Syrian Prime Minister defected from the Assad regime in 2012 to join the opposition and was picked up to chair the HNC formed in Saudi Arabia in 2015.

Hijabi, in his resignation dragged several other senior figures including Suheir Atassi and Riad Naassan Agha who also announced they were stepping down.

The HNC is a grouping of armed and political opposition to embattled Assad. It has represented the opposition at several UN-led talks to put an end to the Syrian conflict, which erupted in 2011.

The sudden resignations came two days before a major Riyadh-backed summit of the Syrian opposition in the Saudi capital to reorganize the opposition for the renewed UN-led peace talks to he held late this month.

Opposition figures and analysts suspected that hardline regime opponents like Hijab would be sidelined in that summit, Almonitor reports.

The conflict has caused the death of more than 300,000 people and the tide has turn in favor of the Syrian President since Russia entered the war in 2015 bringing along its warfare and know-how.