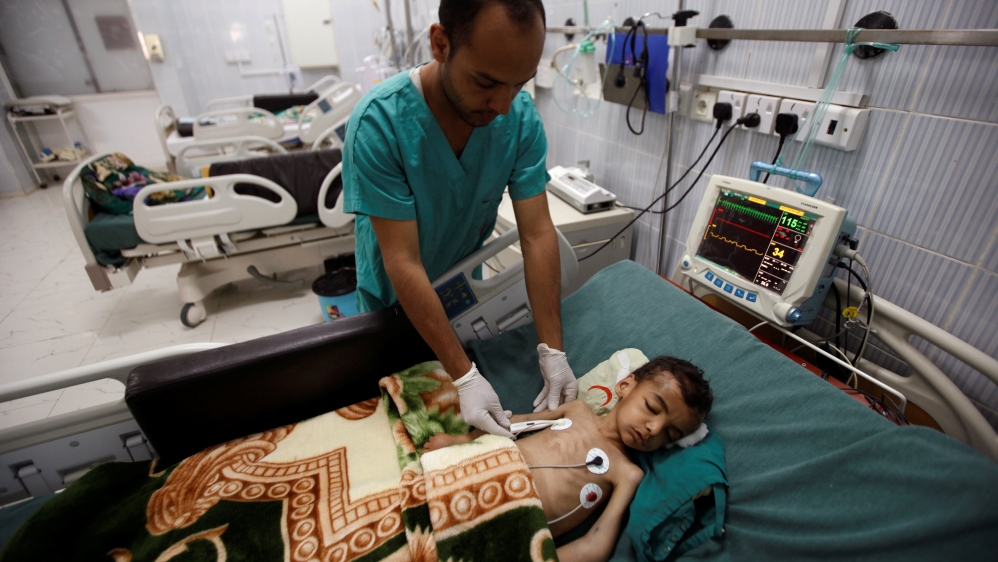 Save the Children, an international NGO, has raised the alarm that Yemen’s future could be in jeopardy if the cholera outbreak is not combatted as around 44% of the new cases are children under the age of 15. They also account for 32% of those who have succumbed to the disease.

Tamer Kirolos, Save the Children’s Country Director for Yemen, lamented that “the tragedy is both malnutrition and cholera are easily treatable if you have access to basic healthcare.”

More than two years of fighting has devastated the country’s health sector and the delivery of vital aid is being obstructed.

The UN Development Program Country Director in Yemen, Auke Lootsma, admitted that the situation could get worse as “there is no end in sight” of the war. He stated that almost 2 million children are considered to be “acutely malnourished” and nearly 7 million “are close to slipping into a state of famine.”

Lootsma deplored that the cholera outbreak would “continue to wreak havoc despite the best efforts of the UN agencies” and other humanitarian agencies.

The situation in the country could increasingly get dire according to Oxfam which estimated that those infected with cholera could increase to more than 600,000 making it “the largest ever recorded in any country in a single year since records began.”

Amid the limited support to combat cholera, a meningitis outbreak also rocked the country two weeks ago according to the UN.

Lootsma labeled the crisis and challenges that Yemenis are experiencing as “a man-made disaster.” He described the country’s situation as “a bus racing towards the end of a cliff” forcefully and that it should be stopped and turned around as he stressed that “time is really running out.”