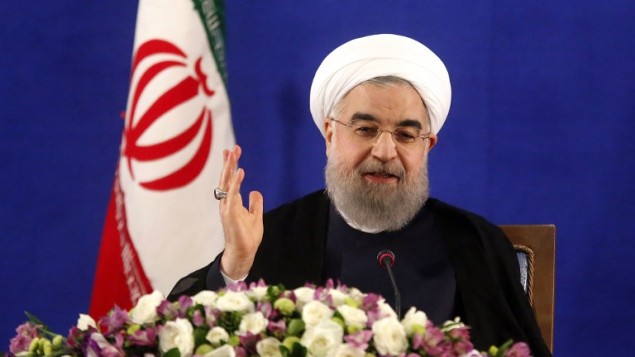 Iranian President Hassan Rouhani widely opened Iran’s hands for Qatar, calling for stronger economic ties between the two countries, following the harsh conditions set by Saudi Arabia and its allies to lift the blockades they imposed on their neighbor.

The Iranian President, according to state news agencies, held a telephone conversation with Sheikh Tamim bin Hamad Al-Thani after Saudi Arabia, the United Arab Emirates (UAE), Bahrain and Egypt conveyed to Qatar, through Kuwait, a list of conditions for the normalization of ties.

“Iran’s policy is to develop more and more its relations with Doha,” Rouhani said.

“Tehran stands alongside the people and government of Qatar and we believe that… pressure, threats and sanctions are not a good solution to solve problems” between countries of the region, Rouhani added.

Saudi Arabia, UAE, Bahrain, Egypt and several Arab-Muslim countries have since June 5 severed ties with Qatar, which they accuse of funding terrorism. The Qatari government has rejected the accusation.

The Saudi–led bloc has also imposed sea, air and land blockades, hampering trade and business flow between them and the tiny gas-rich Emirate.

Under American pressure, the bloc Friday issued a 13-demand list ordaining Qatar, among others, to reduce its diplomatic ties with its neighbor Iran and to expel members of Iran’s Revolutionary Guards in Qatar.

Iran took advantage of the crisis to step up its relations with Doha and sent tons of food stocks to Qatar, to help the country address the food shortage that ensued the blockades.