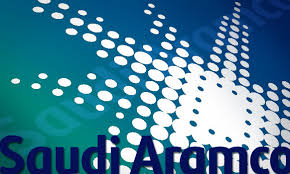 Saudi Arabia’s national oil company Aramco, weighing billions of dollars, will open a tourism training centre to meet the kingdom’s plans to diversify its oil-based economy.
The future centre will receive 5,000 Saudi males and females who will undergo a four-year training, Reuters reports citing the oil giant.
The company agreed with a state-controlled vocational education body and the kingdom’s tourism commission to train young Saudis for the tourism and hotel sectors, as well as in the management of other public and private facilities, Reuters says.
The company is the kingdom’s biggest venture endowed with billions of dollars. It mainly focuses on the sectors of oil, gas and petrochemicals, but invests in various other governmental projects.
According to Reuters, the company plans an initial public offer of its shares to local and foreign investors next year, and unveiled plans last year to build a $5 billion shipbuilding complex. In December, it opened an $800 million cultural centre in Dhahran.
Saudi Arabia, which suffered from the collapse of oil prices, has engaged in multiplying its budge sources and the tourism sector is one of the key areas identified.
Saudi Arabia’s tourism revenue rose from SR57.3 billion ($15.3 billion) in 2004 to SR166.8 billion at the end of 2016 while the number of licensed tourist facilities increased from 1,402 in 2009 to 6,454 at the end of 2016, Prince Sultan bin Salman bin Abdulaziz; president of the Saudi Commission for Tourism and National Heritage (SCTH) disclosed last week.
Prince Sultan also noted that the number of international companies operating hotels rose from eight in 2002 to 25 at the end of 2016; the number of workers in the sector rose from 333,000 in 2004 to more than 936,000 in 2016; and the number of job opportunities is expected to increase to 1.2 million by 2020.