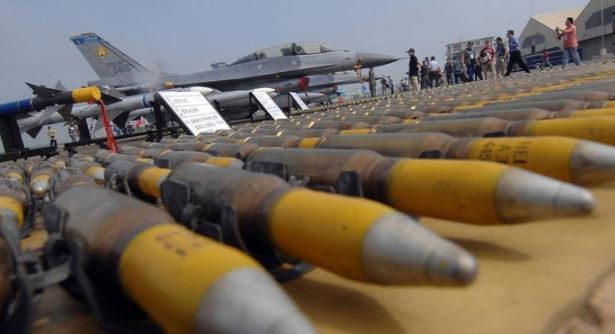 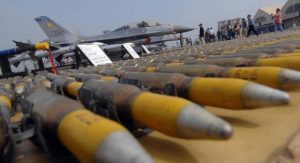 Saudi Arabia is on the verge of acquiring new weapons under a $100 billion deal with the United States, as ties between the two countries are thawing and as President Trump is expected in the coming days in the Saudi Kingdom, first stop in his first foreign trip.

Washington is about to close $100 billion arm-deal with the Saudi monarchy, an unidentified White House official revealed to Reuters

The deal could expand to over $300 billion to cover a decade, the official further noted.

“We are in the final stages of a series of deals,” the official was quoted by Reuters as saying.

Saudi Arabia has emerged as one of the world’s largest arm importers. Several arm deals involving billions of dollars were previously signed between the two countries, with the US being the Arab country’s top supplier.

With Iran’s return on the international scene and Riyadh’s leadership in the Yemen war, Saudi Arabia has multiplied many-folds its defense budget to boost its supremacy in the region.

“It’s good for the American economy but it will also be good in terms of building a capability that is appropriate for the challenges of the region,” the official underlined.

The new deal is revealed as President Trump prepares to head to Riyadh in move to reset ties with the Kingdom and assure Arab allies that Washington remains committed to region.

President Trump said he would discuss with Saudi Arabia the fight against the Islamic State (IS) and ways to counter Iran’s growing influence in the region.

Trump will also visit Israel and the Vatican, and later on Brussels and Sicily for a NATO summit.