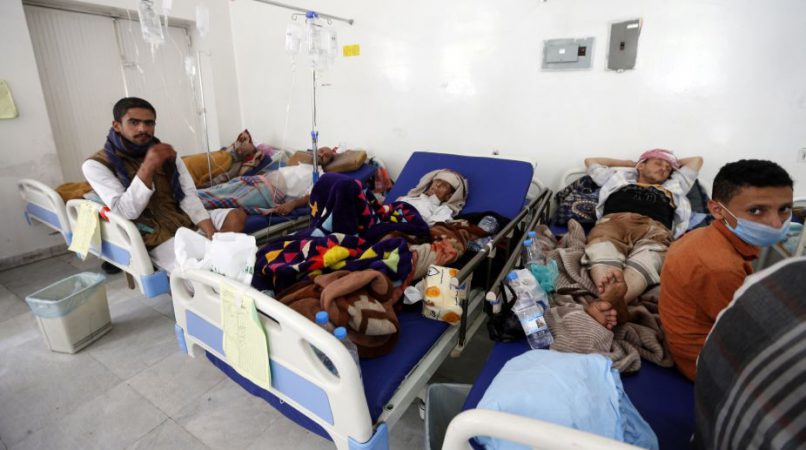 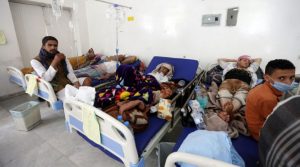 The Red Cross Sunday in Yemeni capital Sanaa sounded the alarm over health crisis in war-devastated Yemen pointing out that 115 people have died of cholera in less than a month.

“We now are facing a serious outbreak of cholera,” said Dominik Stillhart, the director of operations at the International Committee of the Red Cross.

Stillhart quoting figures compiled by the Yemeni Health Ministry noted that 115 people died between April 27 and Sunday (May 14).

Yemen, the Arab poorest country, has been torn apart by a proxy war between Saudi Arabia and Iran for more than two years.

The country’s health facilities have been largely destroyed and the few still existing suffer significantly to meet medical demands as the war still ravages lives.

Over 8,500 other suspected cases of cholera have been reported across the country. 2,300 cases were reported last week in 10 governorates, Stillhart pointed out.

This is the second outbreak of the waterborne disease in the country in less than a year.

“The humanitarian situation in Yemen is catastrophic,” Stillhart said, adding that “there are up to four cholera patients in one single bed”.

The outbreak has been sparked by insalubrity caused by piles of trash lining up in the streets.