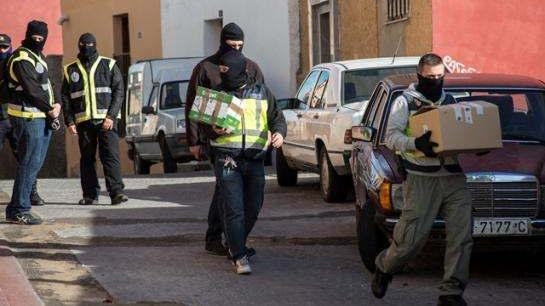 Another terror cell was busted lately by Spanish and Moroccan police in a joint anti-terror operation, showing once more the two countries’ strong security cooperation and their determination to fight terrorism.

Three Jihadi members were arrested simultaneously in Barcelona, Tarragona and Tangiers. The suspects were preparing to travel to the Syrian zone under Daech’s control.

The Spanish police captured two members of this cell, aged 21 and 32, in Barcelona (Badalona) and in Tarragona (Salou), while Moroccan authorities nabbed the third man in Tangiers.

According to the Moroccan and Spanish security services, the captured ISIS members were involved in radicalizing new recruits to their cause and sending them to fight in Syria and Iraq.

They were also active in social networks, posting videos and sharing photographs inciting to violence and terrorist acts.

Morocco and its Spanish neighbor maintain strong security cooperation ties. Whenever Moroccan and Spanish top security officials meet, they praise the excellent and exemplary cooperation ties existing between the two countries’ security services and express great satisfaction at the efficiency and positive results reached at the operational level particularly in the fight against terrorism and organized crime.

Moroccan-Spanish cooperation is based on a sound sustained intelligence exchange and joint operations that led to the dismantling of many terrorist cells, including those that recruit and send foreign fighters to hotbeds of tension.