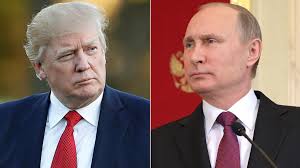 Presidents Putin and Trump had their first telephone conversation over Syria following US airstrikes on a Syrian military air base last month. Both sides think it is important for warring parties to halt hostilities. A statement from White House noted that “the conversation was a very good one, and included the discussion of safe, or de-escalation, zones to achieve lasting peace for humanitarian and many other reasons”. Kremlin stated that steps to strengthen a ceasefire have been agreed upon while underlining that “the aim is to create the conditions for the launch for a real resolution process in Syria.”
Syrian talks-backed by Moscow between the rebels and the government is taking place in Kazakhstan to calm the tension. However, the talks have been suspended after the members of the rebel delegation walked out of the meeting because of the continuous bombardment of rebel-held areas. The meetings are being delayed as the delegation has not announced that it is suspending its participation. The Astana negotiations are viewed as complementary to broader UN-brokered talks in Geneva on a political settlement, but neither have yielded real progress so far.
The suspension of the talks is believed to have been provoked by the explosion that rocked a rebel-held Syrian town along the border with Turkey. The rebels are demanding that commitment to end violence and release detainees be renewed.
President Erdogan of Turkey is heading to Russia to discuss with his Russian counterpart bilateral economic relations and the Syrian war. Shortly before his departure, he said Ankara is “engaged in a productive cooperation in Syria” to reach for “a political solution.”