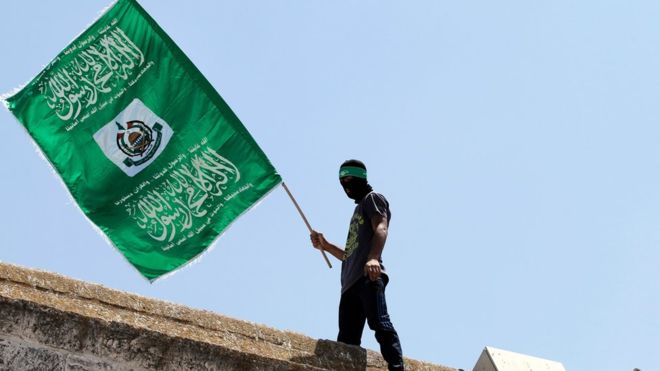 Hamas document outlining its new policies towards Israel has led to criticism from Fatah as a remake of their own policies. A spokesman for Fatah, Osama Kawasmehezboll stressed that “Hamas is required to make an apology to Fatah after 30 years of accusing us of treason for that policy” because its latest policies are “identical to that taken by Fatah in 1988.”
A document released by Hamas earlier this week noted that the group’s “conflict is with the Zionist project” that encourages the occupation of Palestinian land and not with Jews or Judaism. It is willing to recognize the 1967 borders as the basis of a two-state agreement and the right to return while alleging that “Zionists” continue to “constantly identify Judaism and the Jews with their own colonial project and illegal entity.”
Palestinian Authority’s news agency, Wafa, reported that there is “nothing new” and claimed that Hamas’s declaration is “contrary to its behavior on the ground.” It added that political realism was a “good thing” if it was within the framework of national consensus, the statement continued, and if policies were “in harmony with international resolutions and not ambiguous and inconsistent.”
Deputy Secretary General of Lebanese-based Hezbollah, Sheikh Naim Qassem slammed Hamas saying “we are not with a resistance that paves the way for a settlement and we are not with a resistance that splits Palestine into two states.” He added that they support “a resistance that only accepts a fully liberated land so that Palestinians can return to their land in dignity and pride.”
The criticism seems to be expected as Khaled Meshaal, Hamas’s leader on exile, said “we in Hamas believe that renewal and reinvention is a necessity.”