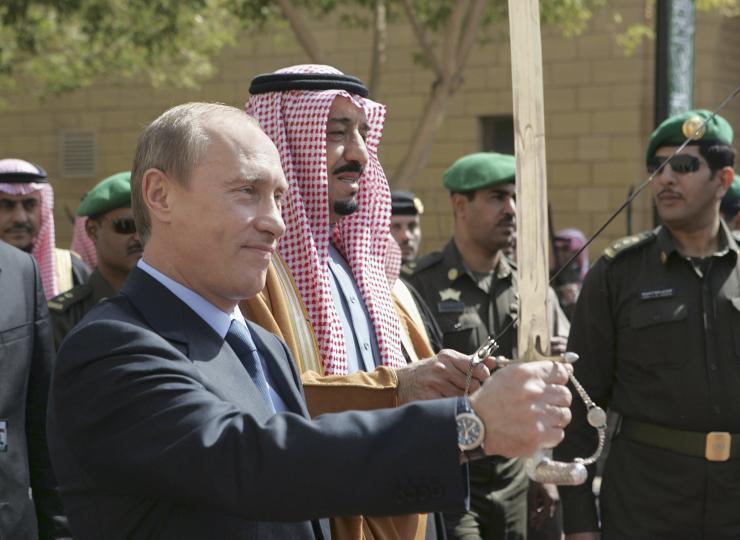 Russia’s Deputy Foreign Minister Mikhail Bogdanov has hailed the relations with Saudi Arabia stating that there are excellent contacts between their officials “in all directions.” He added that there is “a deepening of mutual understanding” between the two countries and “contacts are taking place at all levels.”  Bogdanov is “pleased” of the level of “good contacts” between their foreign affairs departments and ministers as hopes that King Salman will be visiting Russia “in the near future.” The Deputy Minister was speaking after a meeting with the head of the King Salman Center for Humanitarian Aid and Relief.
Ties between Moscow and Riyadh seem to be growing stronger as the state-run TASS news agency reported that joint projects worth $3 billion will be launched before 2018. Around $600 million worth of projects have been implemented through the Russian Direct Investment Fund and the Sovereign Fund of Saudi Arabia.
Valentina Matviyenko, speaker of Russia’s Federation Council, the country’s upper house, dubbed the cooperation between the two institutions successful. She stated that they are interested in “expanding economic ties” with the oil-rich kingdom but lamented that “the volume of mutual trade turnover in the past year has significantly decreased.” Saudi Arabia is Russia’s second biggest trade partner in the Arab world.
Matviyenko headed a Russian delegation to Saudi Arabia for a three-day visit during which they met with senior officials. She applauded the laws adopted by the Russian lawmakers to create a much more conducive environment for business and investment.
The areas earmarked for cooperation are energy, geological exploration, mining, petrochemicals, tanker construction, investment cooperation and capacity building.