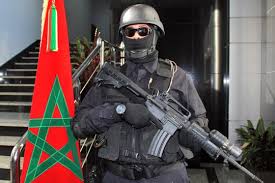 Moroccan security services alerted on multiple occasions their Spanish peers on eminent attacks that could have a destructive outcome on Spain similar to the bombing that rocked France, Belgium, Germany, the UK and Italy, Anson Oliart said in an article.

Anson Oliart commended the creation of Morocco’s FBI, the Central Bureau for Judicial Investigations (BCIJ), and lauded the performance of Moroccan security services.

“Thanks to Moroccan intelligence services and to the actions led by the BCIJ and their cooperation with Spanish security services, our country, which endured the attacks of March 11, 2004, could avert attacks similar to those that took place in France, the UK, Italy and Germany,” he said.

The information provided by Morocco’s intelligence services has been vital in preventing several attacks across Europe. Morocco provided the tip-off that enabled French police to locate the whereabouts of the mastermind of Paris attacks, Abdelhamid Abaaoud.

Morocco’s domestic intelligence service also alerted German counterparts on September 19, 2016 that Anas Amiri was about to perpetrate a terrorist attack on German soil. And this is what he did in December.