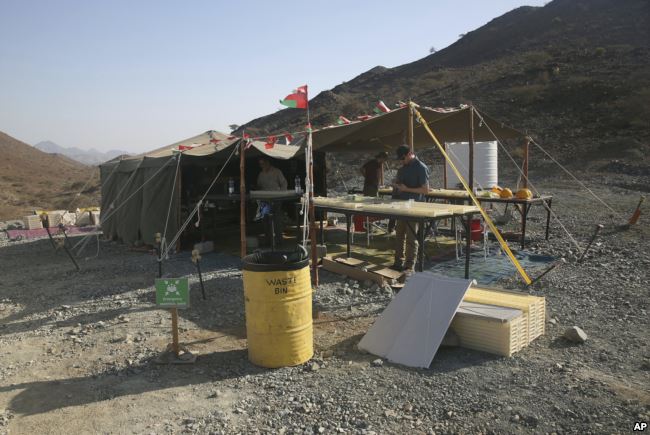 A team of 40 scientists are engaged in the Oman Drilling project with hope of reversing the dilemma of the climate change that the world is concerned about as it is said to be on the increase. The $3.5 million project in the Wadi Mansah valley led by Peter Kelemen, a geochemist, is geared towards understanding how the jagged red mountains of Oman were able to capture so much CO2 during the period of 90 million years and if there is any possibility of accelerating the process. Around 13 tons of core samples from four different sites will be chopped off and sent to the Chikyu, a state-of-the-art research vessel off the coast of Japan, where geologists will analyze them in round-the-clock shifts.
Keleman, 61, has been studying the mountains for more than 30 years and explained that Oman has been chosen as a case study because the sultanate boasts the largest exposed sections of the Earth’s mantle, thrust up by plate tectonics millions of years ago. The mantle contains peridotite, a rock that reacts with the carbon in air and water to form marble and limestone. He added that there are about billions of tons of CO2 in the mountains and “every single magnesium atom in these rocks has made friends with the carbon dioxide to form solid limestone, magnesium carbonate, plus quartz.”
Climate change has been of global concern over the years and numerous international conferences have been held to curb it. Only 27 million tons of CO2 are captured by 16 industrial projects, according to the International Energy Agency, which is less than 0.1% of global emissions. Researchers in the multi-million dollar project are hoping that they will be able to find answers to scrubbing the earth’s carbon-laden atmosphere; some of which could come from “basically… 20 kilometers into the earth’s interior”, Keleman noted.