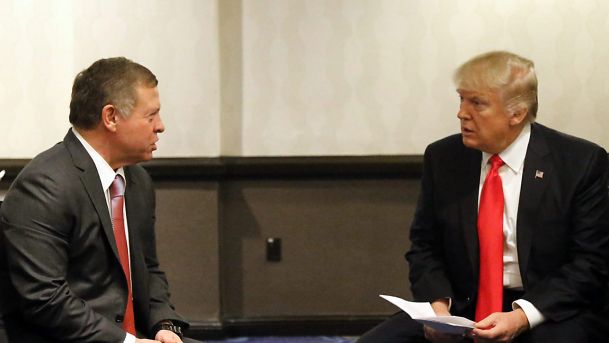 The Jordanian Foreign Ministry summoned Iran’s Ambassador to protest against what government spokesman Mohammed Momani said was Tehran’s interference in the “internal affairs of neighboring countries, especially Gulf States.” The ministry said Ambassador Mojtaba Ferdosipour was summoned to protest against comments made by Iran’s foreign ministry spokesman Bahram Ghassemi in response to an interview of King Abdullah with Washington Post published last week.
The King accused Tehran of engaging in “strategic problems” in the Middle East while alleging that Iranian Revolutionary Guard troops are within 70kilometers of Jordan’s border as he warned that non-state actors approaching the frontier “are not going to be tolerated.” He also claimed that Iran is pursuing an expansionist agenda because “there is an attempt to forge a geographic link between Iran, Iraq, Syria and Hezbollah/Lebanon.”
Ghassemi dubbed the allegations as “silly and careless” as he claimed that King Abdullah needs “time to study the logic, history and geography of the region” following his “fundamental and strategic mistake in defining terrorism” which showcased “his ignorance and superficial view of developments in the region.”
Spokesman Ghassemi’s comments were “unacceptable” by Amman prompting the summoning of the Ambassador to deliver a “strongly worded protest” in what it described as “a failed attempt to misrepresent the central role the kingdom plays in supporting regional security and stability and fighting terrorism.”
The bilateral ties between the two countries have been affected by the crisis in the region. Jordan is a member of the U.S-led air campaign and an ally to Riyadh; both of which are at odds with Tehran. In 2016, the Iranian Ambassador in Jordan was summoned after protesters stormed Saudi’s embassy in Tehran after Riyadh executed prominent Shia cleric Nimr al-Nimr.