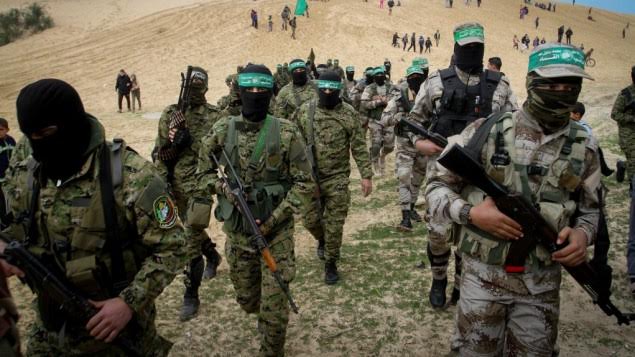 Abu Anas al-Ghandour, a commander in Hamas’s military wing, has been categorized as a Specially Designated Global Terrorist (SGDT) by the US State Department and consequently listed among those targeted by the economic sanctions.

The Gaza-based group swiftly reacted to the announcement stressing that “the real terrorist is the one who furnishes the arms of the occupier (Israel) to kill the children of Palestine.”

The US State Department took the decision on Thursday under a 2001 executive order that targets foreigners who committed terrorist attacks or are considered to pose a “significant risk” in relation to terrorism.

Hamas claimed that Washington is attempting to “invert the real situation” by suppressing the reality. Spokesman Abdullatif al-Qanou said the decision “gives the green light to the Israeli occupation authorities to persist in committing more crimes against the Palestinian people.” He added that “the true terrorists” are Israel as they continue to “inflict human and material damage on the occupied territories.”

Al-Ghandour’s classification as a SGDT will lead to his assets in the US being frozen and also bar him from doing business with US citizens. The U.S. claims that he is leading a brigade in the Ezz Eddin El-Qassam brigades. Hamas is determined to show solidarity to the commander by calling for a mass rally in front of his home in the Jebalia refugee camp.

Ghandour has held political positions in Hamas before becoming an active member of the military wing. He is reported to have “been involved in many terrorist operations” amongst which is the 2006 attack on an Israeli military outpost that left two soldiers dead and four wounded. That attack resulted in the kidnapping of Israeli soldier Gilad Shalit, who was released in 2011 in exchange of 1,027 Palestinian prisoners detained in Israeli jails.