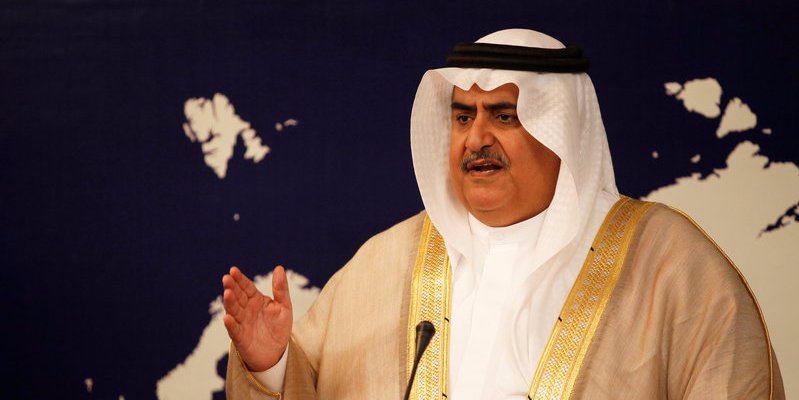 “We see… a much clearer understanding from the White House of the threats we are facing here in the region and especially the ones that are coming from the Islamic State”, he told Reuters in an interview.

The new American government’s policy in the Middle East is still blurry but Sheikh Khalid explained that it is understandable because “every new administration will always start in a way that will seem unclear, but clarity is coming.”

Bahrain is a strategic ally to the US in the Gulf. However, relations strained over the past years due to human right abuses in the Gulf country, which prompted Washington to halt some military supply.

The Bahraini Foreign Minister thinks however that a new page in bilateral relations would be opened. He noted that “things are working in America” amid “the difference in the personality of the president” which he said could be “giving an overwhelming picture of the situation.” Donald Trump has been a controversial figure since his campaign and his actions as president have been questioned.

Focusing on domestic matters, Sheikh Khalid claimed that Bahrain is facing “a whole project” from Iran and vowed that Manama will continue to defend itself until Tehran “changes its course from the way it is now – hegemonic, theocratic, theo-fascist – to a regime that would answer the aspirations of its own people.”

Bahraini authorities have been accusing Iran of backing terrorist groups on its territory but Tehran refutes the allegations.