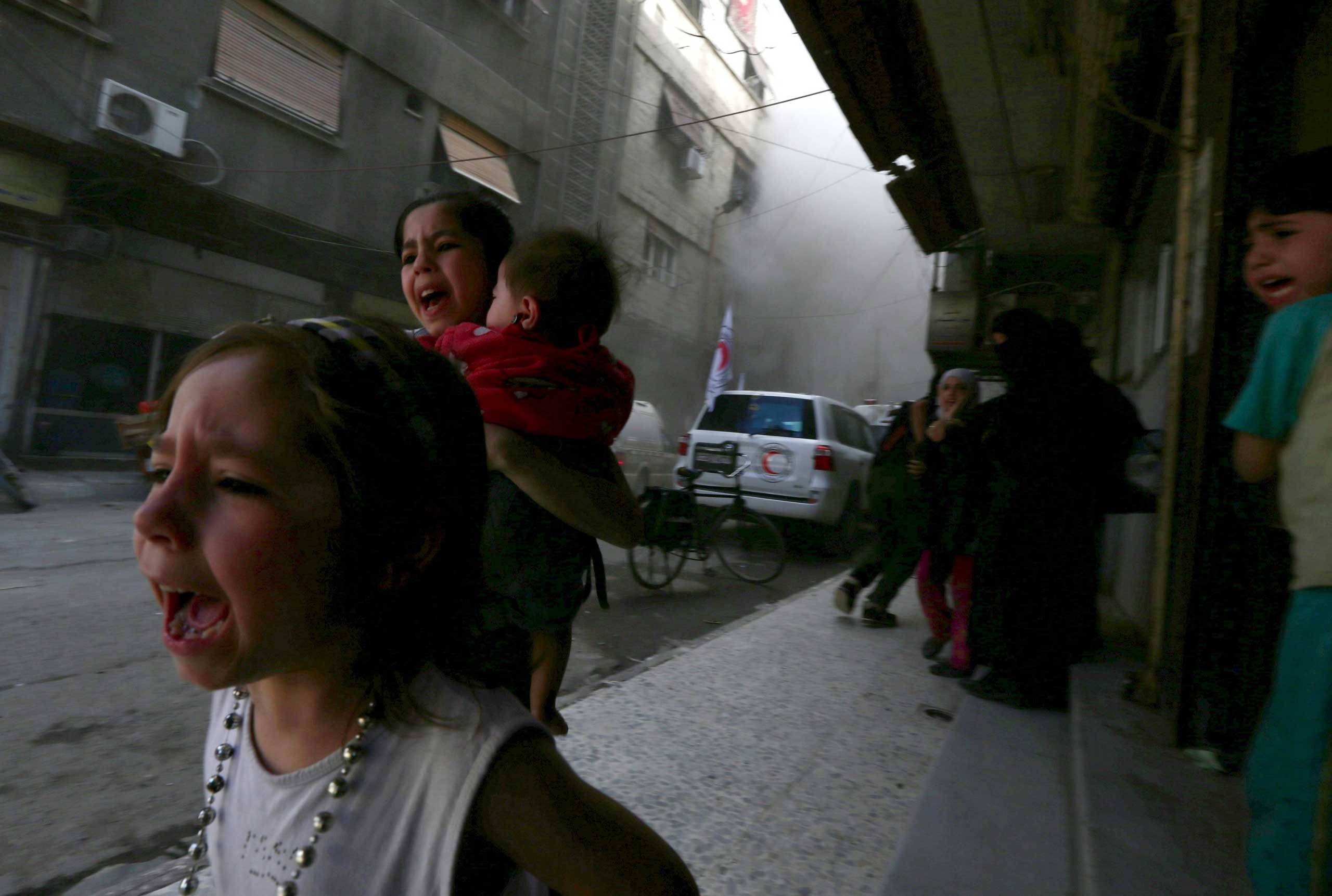 Some residents of the Khan Sheikhoun have been seen vomiting, fainting with foaming coming out from their mouths, with reports putting the number of casualties at 68, and the treated injured at hundreds. If confirmed, it would be one of the deadliest chemical attacks in Syria since the civil war began six years ago.

The incident followed shortly after the neighborhood was targeted by an airstrike with claims that it was a chemical attack. No group has claimed responsibility but the London-based Syrian Observatory for Human Rights linked it to the Syrian military.

Mohammed Rasoul, who is in charge of a charity ambulance service in Idlib, said “the situation over there is very bad and most of those who are suffering are children.” Around 11 children are said to be among the dead.

The pro-opposition Edlib Media Centre (EMC) claimed that the nerve agent sarin was used in the attack. The victims were transported to a clinic for medical care but the building was later struck by airstrikes.

The Syrian government has refuted such allegations and a source, according to Russia Today, stated that the army “has not and does not use them (chemical weapons), not in the past and not in the future, because it does not have them in the first place.” The government has never admitted to using chemical weapons but a joint investigation by the Organization for the Prohibition of Chemical Weapons and the UN concluded that Damascus used chlorine as a weapon at least three times between 2014 and 2015. The report also underlined that the Islamic State group has used the blister agent sulphur mustard.

The Syrian government is in possession of chemical weapons but declared that it was hoping to destroy it.