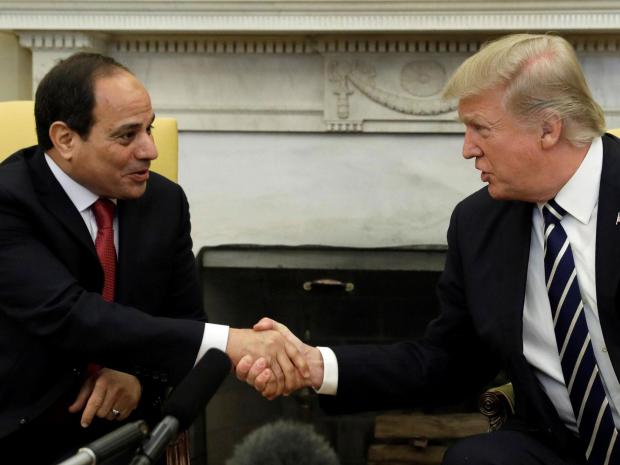 President Sisi’s first official visit to the White House showcased the apparent strong ties between him and President Donald Trump.

The Egyptian president has had difficult times with the Obama administration after he ousted President Morsi from power in a military-backed coup d’état in 2013.

President Trump assured his guest that his election marks a new dawn in the ties between the two countries. “I just want to let everybody know, in case there was any doubt, that we are very much behind President El-Sisi. He’s done a fantastic job in a very difficult situation. We are very much behind Egypt and the people of Egypt,” Trump told the media after his meeting with Sisi.

Sisi is the first Egyptian president to visit Washington since 2009.

Trump said that there is a “good chemistry” between them and that they “have many things in common” even though there are “a few things that we don’t agree on.”

Rights groups wanted Trump to raise human rights abuses with the visiting president who has been accused of running the country with an iron fist. Sisi’s visit was marked with pro and anti-demonstrations regarding his government and domestic policies.