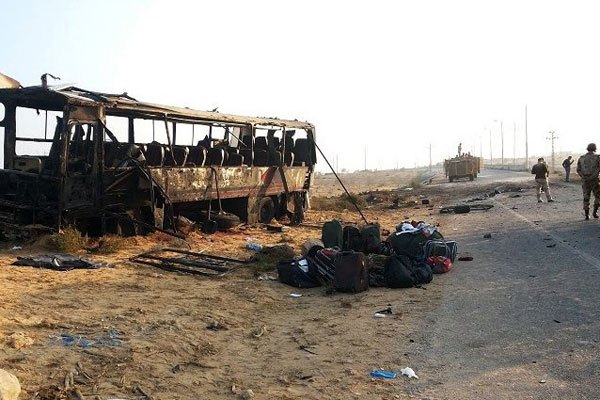 The Egyptian army announced Thursday that ten Egyptian soldiers were killed in the explosion of two bombs in clashes with Jihadists of the Islamic state group in the Sinai peninsula.

The military said 15 Jihadis were killed in the fighting and seven others were arrested during the operation.

The two roadside bombs exploded during the fighting that broke out after the army raided a jihadist den, the army said in a statement without specifying the date of the clashes.

On Wednesday, the IS group affirmed in a statement “to have exploded two military vehicles in clashes south of the city of Al-Arich”.

According to the army’s statement, soldiers also destroyed half a ton of the TNT explosive and seized two vehicles containing hand grenades and hundreds of mobile phones.

The IS-affiliated group active in the Sinai peninsula has been blamed for killing hundreds of soldiers and police since the military overthrew Islamist President Mohammed Morsi in 2013.