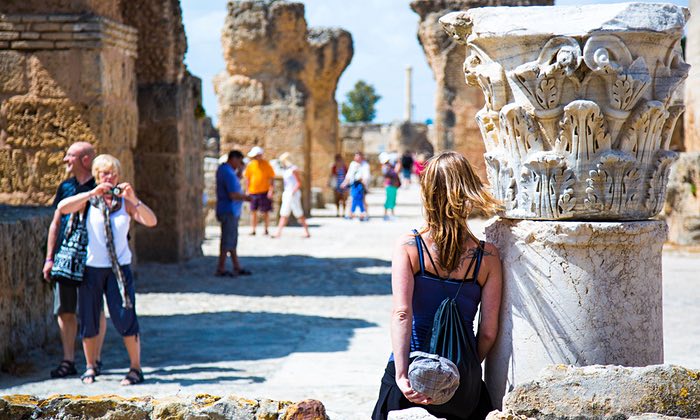 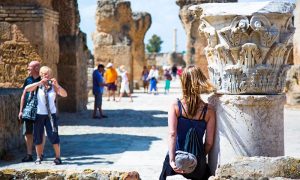 Tunisian authorities look forward to attracting 10 million tourists by 2020 and have set a new ambitious strategy to reach this goal. The plan seeks to double tourism revenues which reached $1 billion last year.

According to Tunisian tourism ministry, the number of tourists increased by 30 per cent during the first three months of this year compared to the corresponding period of 2016, due to the return of traditional markets, especially Germany and France.

Tunisian tourism has suffered a severe decline in the years following the 2011 revolution. The worst was in 2015 when there were three terrorist attacks in the country, two of them in tourist areas.

Tunisia’s economy has been battered by political instability that ensued the toppling of Tunisia’s long ruling dictator Ben Ali in 2011. The North African country is struggling with terrorists on its borders, increasing unemployment rates, falling currency, decreasing phosphates production and dwindling tourism returns.

According to the Organization for Economic Cooperation and Development, 40 pc of Tunisians under the age of 35 are unemployed, a rate higher even than in Egypt. The disparities that led to the overthrow of President Zine el-Abidine Ben Ali in 2011 have only grown worse.

To meet social and economic woes, the Tunisian government worked out a national development plan, focusing on industries such as aircraft and car components, textiles, tourism, health and education.

But the challenge is that the five-year plan needs a $ 60 billion investment, 60 per cent of which Tunis hopes to raise from the private sector. The authorities enacted a new investment code, offering tax breaks and a more streamlined process for foreign direct investment, and paved the way for public-private partnerships in areas such as renewable energies…

Now, the big question mark for Tunisians is that will foreign investors come to the country in a region where terrorism threat is sprawling ?