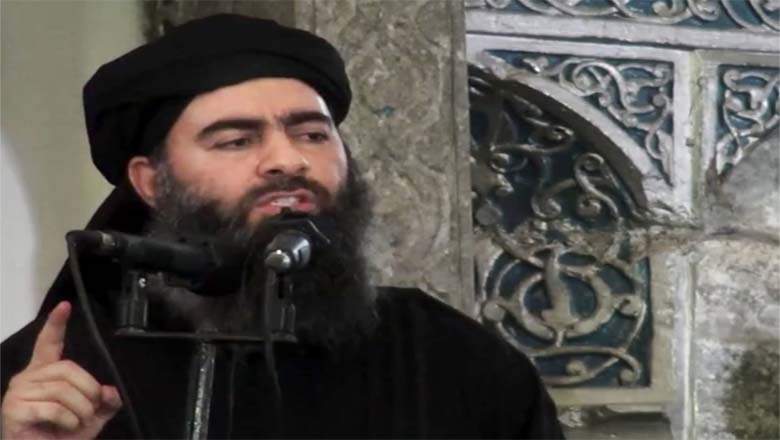 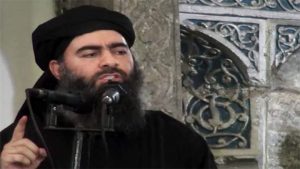 Iraq fighter jets dropped bombs on a house in an orchard, in Anbar province, believed to be hosting a meeting of senior members of the Islamic State, including its leader Abu Bakr Baghdadi.

A statement from the military mentioned the names of 13 commanders who were killed in the airstrike and amongst them were Abu Janat al-Rawi, a top Islamic State security leader, media official Abu Zaid and the group’s leader in Tal Afar Abu Asid.

Baghdadi’s whereabouts are unknown amid reports that he must have sustained injuries during the attack.

The ISIS officials were discussing “the collapse happening in Mosul” and other strategic plans because the group’s control over the city continues to shrink due to the advancing Iraqi forces and their allies. They also convened “to choose a successor for him (Baghdadi)”, according to the Iraqi military statement without stating the reasons. IS is an al-Qaida breakaway group, and Abu Bakr al-Baghdadi was announced to be its leader on May 16, 2010, following the death of his predecessor Abu Omar al-Baghdadi.

It is unclear if the ISIS leader has returned to Syria. The Iraqi military confirmed that he arrived in the region of Qaim, Iraq, from Syria in “a motorcade” that was being carefully monitored by its intelligence agency.

Just like Mosul in Iraq, Raqqa serves as the hub of the group in war torn neighboring Syria. Baghdadi has a $25 million bounty on his head. There have been numerous claims of him being killed or injured in airstrikes since he took over the leadership of the extremist group and declared the territory under its control as Islamic Caliphate in June 2014.