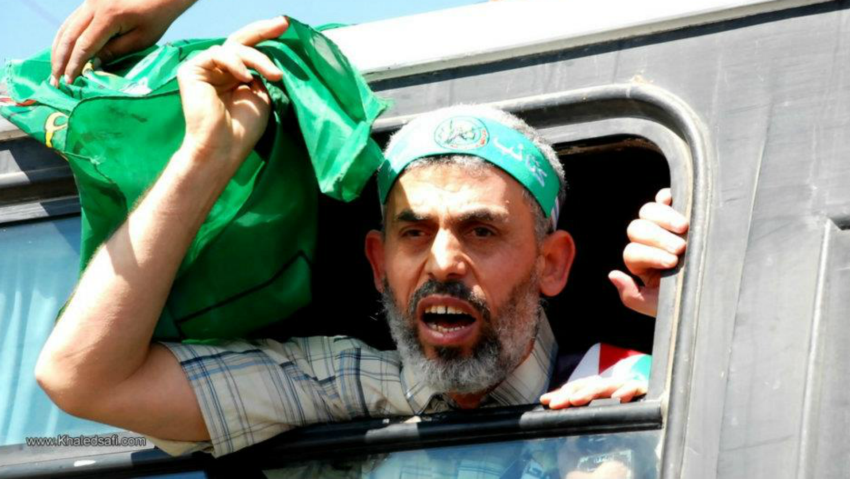 Hamas has elected Yahiya Sinwar as its new leader in replacement of Ismail Haniyeh according to reports by the group’s official news site Al-Resala.

Sources said Sinwar polled the highest in the vote that was only for members of Hamas, including those in Israeli jails. The group has a secretive election process and it is expected to be completed within the next two months which will also witness the naming of a new political bureau.

Khalil al-Haya was elected as Sinwar’s deputy. Sinwar and Haya are known to be hardliners and their election could signal that Hamas would maintain its strict policy with regards to Israel.

Sinwar is one of the founders of the group’s military wing known as the Ezzedine Qassam Brigades. He was serving four life terms in Israeli jails until his release in October 2011 in a prisoner exchange deal with Tel Aviv for the release of captured Gilad Shalit. He has spent 23 years in jail and was notorious for tracking and killing Palestinians suspected of collaborating with the Jewish State. Sinwar rejects any form of reconciliation with Israel and that position is not expected to have changed.

Meanwhile, Haniyeh is being tipped to replace Khaled Meshaal at the helm of the organization ahead of Moussa Abu Marzouk. Meshaal currently lives in exile in Qatar.

The change in the leadership of the group is expected to affect reconciliatory talks between Hamas and Fatah especially in the adoption of common policies regarding Israel. In 2014, Sinwar backed a Palestinian unity government with Fatah but talks have faltered repeatedly.

Analysts think that the appointment of hardliners signals that the group could be embarking on defiance and the election of Sinwar and Haya could be seen as a message to Tel Aviv. Kobi Michael, a former head of the Palestinian Desk at Israel’s Ministry for Strategic Affairs, told AP that Sinwar represents “one of the most radical and extreme lines of Hamas” and “the idea that he was elected is a very dangerous and concerning indication of the destabilization of the region.”