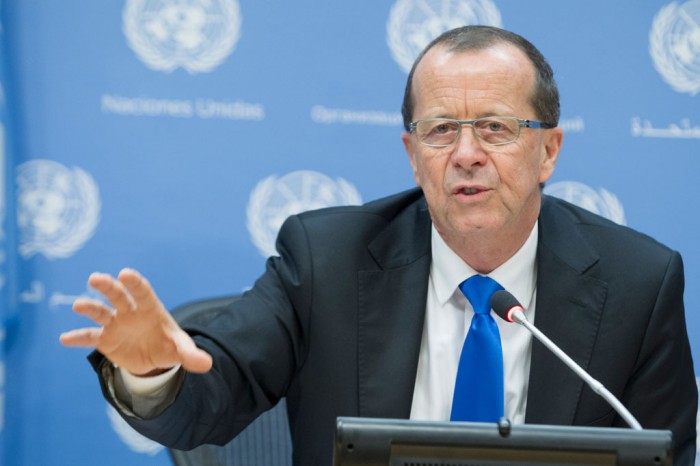 The new UN Secretary General Antonio Guterres has informed the UN Security Council of his intention to appoint Salam Fayyad as his Special Envoy for Libya.

The letter was sent to the Security Council on Thursday and it immediately raised objections to the appointment. Fayyad, 65, served as the Prime Minister of the Palestinian Authority from 2007 to 2013 and also occupied the post of finance minister twice.

UN spokesman Stephane Dujarric said he couldn’t confirm the appointment disclosed in the letter that was leaked to the media and circulated on social media.

Information of Fayyad’s planned appointment came a couple of days after Martin Kobler, current special envoy, told the Security Council that 2017 is the “year of decisions and political breakthrough” in Libya. It is unclear if Fayyad’s appointment will be approved because the US is expected to veto it considering that Palestine is not a member state of the organization and the said post is a high profile position. Palestine has an observer status at the UN and has long advocated for full membership but the U.S. and Israel are vehemently opposed to it without a two-state solution being reached in advance.

However, Kobler who assumed the post in 2015 in replacement of Bernadino Leon seems to be bidding farewell to his collaborators in a tweet stating that “you have all my admiration” for “laying the ground so people can return home and live in peace and open the door for prosperous generation.”

Some members of the Tobruk-based House of Representatives are reportedly against the alleged appointment because the body was not consulted while the Tripoli-based Government of National Accord is yet to comment on the matter.

Observers think that appointing a heavily qualified Arab-speaking diplomat could help to surpass the crisis in Libya that has been ongoing for more than six years but critics claim that it could also be a sign of normalizing Palestine’s presence at the UN.