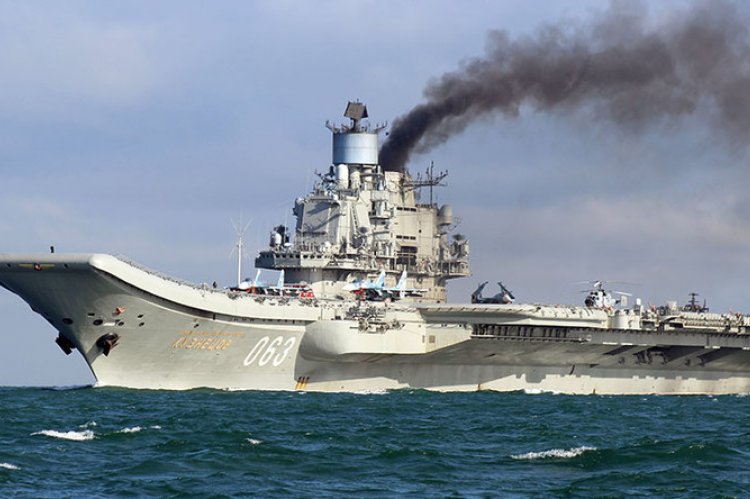 Russia has sent a strong message to the world for its support to Field Marshall Khalifa Haftar, head of the Libyan National Army (LNA) loyal to the Tobruk-based House of Representatives (HoR), by taking him on an official tour on the Kuznetsov aircraft carrier that was stationed near Sirte.

Haftar was greeted as an official guest by a guard of honor before he attended a taking-off and landing show of Sukhoi Su-33 fighters on board the carrier.

Russian Defense Minister Sergey Shoygu had a video conference meeting with Haftar during the visit. According to the Russian defense department, the two men discussed “acute issues of fighting international terrorist groups in the Middle East.”

An official at the Libyan Civil Aviation Authority, speaking under the condition of anonymity, revealed that Russia had warned against flying aircrafts over Sirte and its coastal areas from January 8 to January 11 between 6am and 5pm because it would be carrying out a military drill in the area. The official said the drills were conducted “in coordination with eastern forces” known as the LNA.

The visit is yet another evidence of the strong cooperation between Russia and Haftar following the latter’s visit to the country twice in the past 6 months.

Aleksei Malashenko, an analyst at the Moscow Carnegie Center, said Haftar’s tour of the aircraft carrier “demonstrates who Russia backs” in Libya’s political stalemate. “This is a sign of support to Haftar,” he noted.

With the latest development, the tug-of-war between the Government of National Accord and the HoR could slowly develop into a proxy war between Western countries and Russia. Egypt and the United Arab Emirates have also collaborated with the LNA to carry out airstrikes.