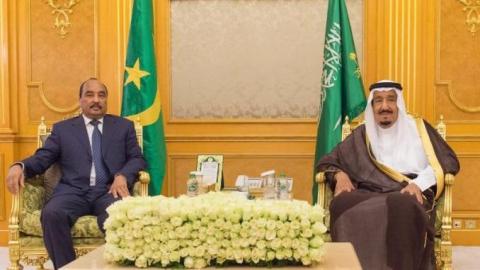 Mauritania and Saudi Arabia have sealed a military agreement providing for intelligence and experience sharing and logistical support.

The agreement provides for intelligence and experience sharing between the two allies, AMI reported, adding that besides logistical support, Mauritanian soldiers will receive training in the Saudi kingdom.

Mauritania is member of the Saudi-led international coalition in Yemen battling the Houthi rebels reportedly supported by Iran.

However, Nouakchott has not sent any boots yet but Diallo underlined Mauritania’s readiness to take up the challenges and protect the “sacred shrines of Islam in the Middle East country.”

“The people of Mauritania greatly hail Saudi Arabia’s efforts to protect sacred places of Islam that all Muslims are proud of,” Diallo added.