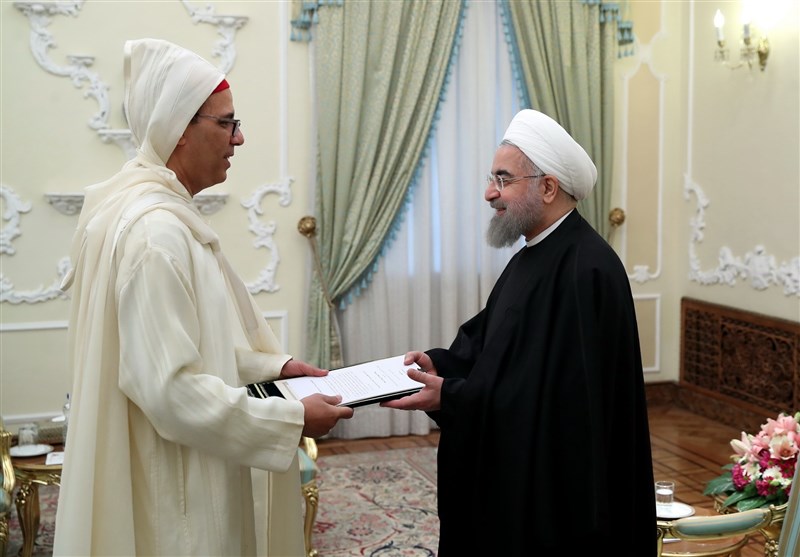 Iranian President Hassan Rouhani pointed out that Teheran and Rabat will win greatly by boosting their ties in the area of economy as well as science and culture.

“We should tap the existing capacities and potentials to expand and strengthen ties and cooperation between the two countries,” Hassan Rouhani said Saturday while receiving Morocco’s newly appointed ambassador to Tehran, Hassan Hami.

Hami’s appointment came after seven years of diplomatic cut-off between the two countries. Rabat in 2009 recalled its envoy after it accused Teheran of interference into its religious affairs.

The mission was re-opened last year.