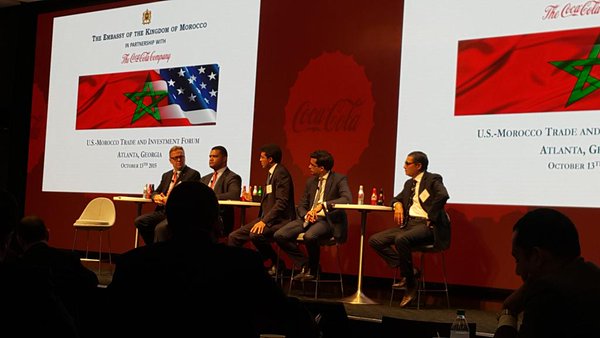 The United States has moved to the rank of fifth export destination of Moroccan goods, Moroccan minister of economy and finance, Mohamed Boussaid, said when addressing the Atlantic Dialogues fifth edition held in Marrakesh.
Boussaid ascribed the positive results to the Morocco-USA Free Trade Agreement (FTA) signed in June 2005. Trade between the two countries has tripled and now accounts for 5.3 per cent of Morocco’s trade with the rest of the world, Moroccan media leconomiste.com reports.
With this growing trend, Moroccan exports to the US have reached about $7.7 million, making the US Morocco’s fifth global client.
On the other side, US exports to the kingdom of Morocco have been also on the rise as figures point at some $23.7 million. With these figures, the North African country stands as the fourth business partner of the US, while US trade to Morocco now represents 6.4 per cent of the total foreign US trade.
The two-lane trade has been also boosted by a number of agreements between the American Chamber of Commerce in Morocco “AmCham” and Moroccan business actors and institutions.
The agreements have enhanced connection between private companies of both countries.
The minister also urged Moroccan business people to explore the American market which offers an array of trade opportunities.
Some 300 delegates coming from Europe, Africa, America and the Caribbean representing different segments including politics, civil society and business took part in the forum held in Marrakech December 14 to 16.