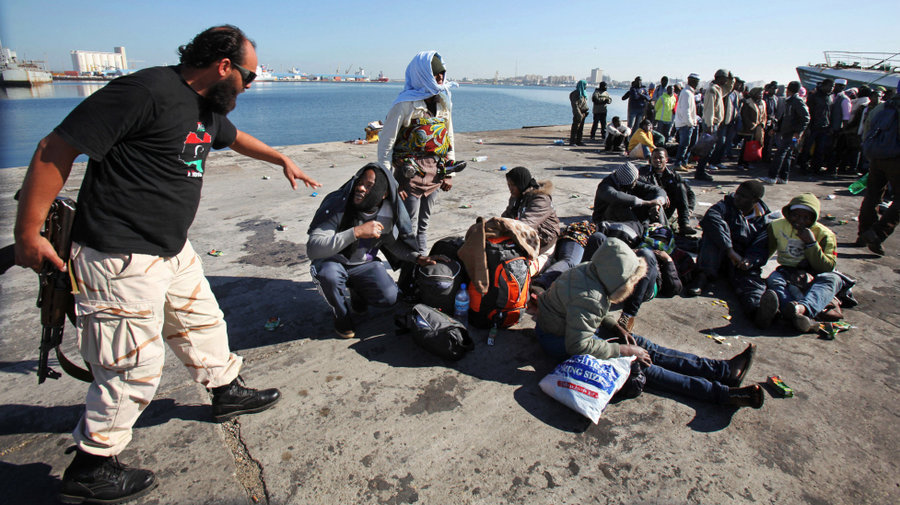 The UN has sounded the alarm over the appalling human rights violations, ranging from rape, torture, force labor, arbitrary detention, that migrants heading to Europe face in Libya.

A report, published jointly by UNSMIL and the UN Human Rights Office, documents hardships endured by several migrants who spoke of their ordeal after they arrived in Italy.

“People smuggled or trafficked into Libya face torture, forced labor and sexual exploitation along the route, and many also while held in arbitrary detention,” said Martin Kobler, the Secretary General’s Special Representative for Libya and Head of the UN Support Mission in Libya (UNSMIL).
“The list of violations and abuses faced by migrants in Libya is as long as it is horrific. This is, quite simply, a human rights crisis affecting tens of thousands of people,” UN High Commissioner for Human Rights Zeid Ra’ad Al Hussein said.

The UN report authors called on Libyan authorities to ensure protection of vulnerable migrants and improve their conditions.

The report also urged the EU “to press Libyan authorities to end the abuses”. The EU “should ensure that none of its training, financing, or material assistance to the Libyan coast guard and other Libyan authorities contributes to human rights abuses,” .

The thousands of migrants who flocked to the lawless North African country hoping to embark from there to the northern shore of the Mediterranean are held in unconventional and illegal detention centers run by traffickers and gangs, the report states. The migrants are “detained in overcrowded places and have no access to clean water and sufficient food.”

Taking advantage of the prevailing lawlessness, smugglers and traffickers force the migrants into forced labor so they can afford their onward journeys.

Women and young girls are repeatedly raped by their Libyan gangs and are threatened with guns when they resist. Women from Sudan were advised to take three-month contraception injections before they travel to Libya because of the widespread rape practice, sources told the UN.

The report also criticized Libyan coast guards for their involvement in abuses.

Most of the over 175,200 migrants who have reached Italy up to date set off from Libyan coasts. Over 4,000 have been reported dead in the perilous crossing attempt, according to the UN High Commissioner for Refugees (UNHCR).