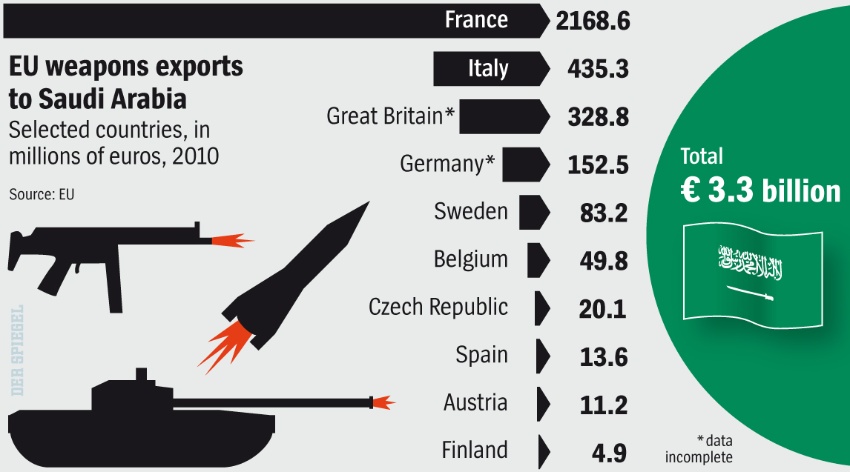 US authorities have blocked a weapon sale to Saudi Arabia and White House Press Secretary Josh Earnest said the decision was made following “some very significant concerns about the high rate of civilian casualties” that Washington has “long expressed” to the Saudi-led coalition.

The blocked weapons are said to be a consignment of precision missiles that would have helped the coalition forces hit its targets in the Houthi-held areas as well as minimize its civilian death toll as collateral damage.

Raytheon, a US firm, was to supply the coalition with around 16,000 precision guided munitions to turn its ‘dumb bombs’ into ‘smart’ ones by increasing their accuracy in a deal estimated to be worth around $350 million.

A senior US official stressed that “US security cooperation is not a blank check” and due to several air strikes hitting civilians, “we have decided to not move forward with some foreign military sales.” The official pointed out that the decision highlights their “strong concerns with the flaws in the coalition’s targeting practices and overall prosecution of the air campaign in Yemen.”

The Spokesman of the coalition, Major General Ahmed Assiri, declined to comment on the latest developments. “We don’t comment on anonymous statements,” he said.

This is the second time that Washington has blocked a weapons sale to the coalition this year with the first one related to cluster bombs.

Since the bombing of a funeral in October by the Saudi-led coalition killing more than 140 people, Riyadh has been strongly criticized for its air strikes with a UN panel concluding that it carries out a “double-tap” strike to increase the number of casualties. A method condemned by the International Humanitarian Law.

Earnest said the US would be downgrading its intelligence sharing with the Saudis due to concerns that it is using it to carry out attacks while Pentagon spokesman Navy Captain Jeff Davis said military assistance will continue but it will be focused on “refueling and limited advice on how to conduct strikes.”

The war in Yemen has left more than 10,000 people dead and the UN has warned of a humanitarian crisis in the country.