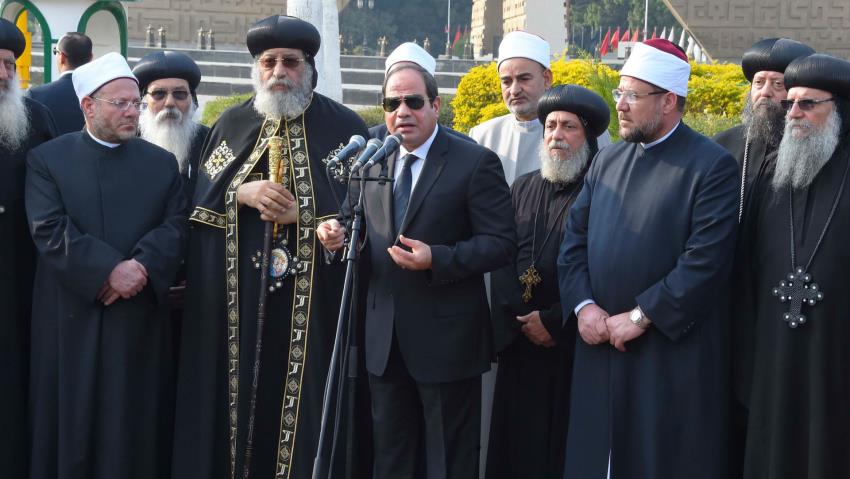 President al-Sisi announced Monday while attending funerals of those killed in Sunday bombing of a Coptic church that four suspects including a woman have been arrested and that two other are still hunted down.

The Egyptian President also named the suicide bomber who he identified as 22-year-old Mahmoud Shafik Mohamed Mostafa. Mostafa who was wearing a suicide belt blew himself up inside the church. According to preliminary indication, a 12 kg TNT bomb was used for the carnage that left 24 dead, mostly women and children.

The attack has not been claimed.

In 2011, more than 20 Coptic Christians were killed in a suicide bombing in Alexandria.