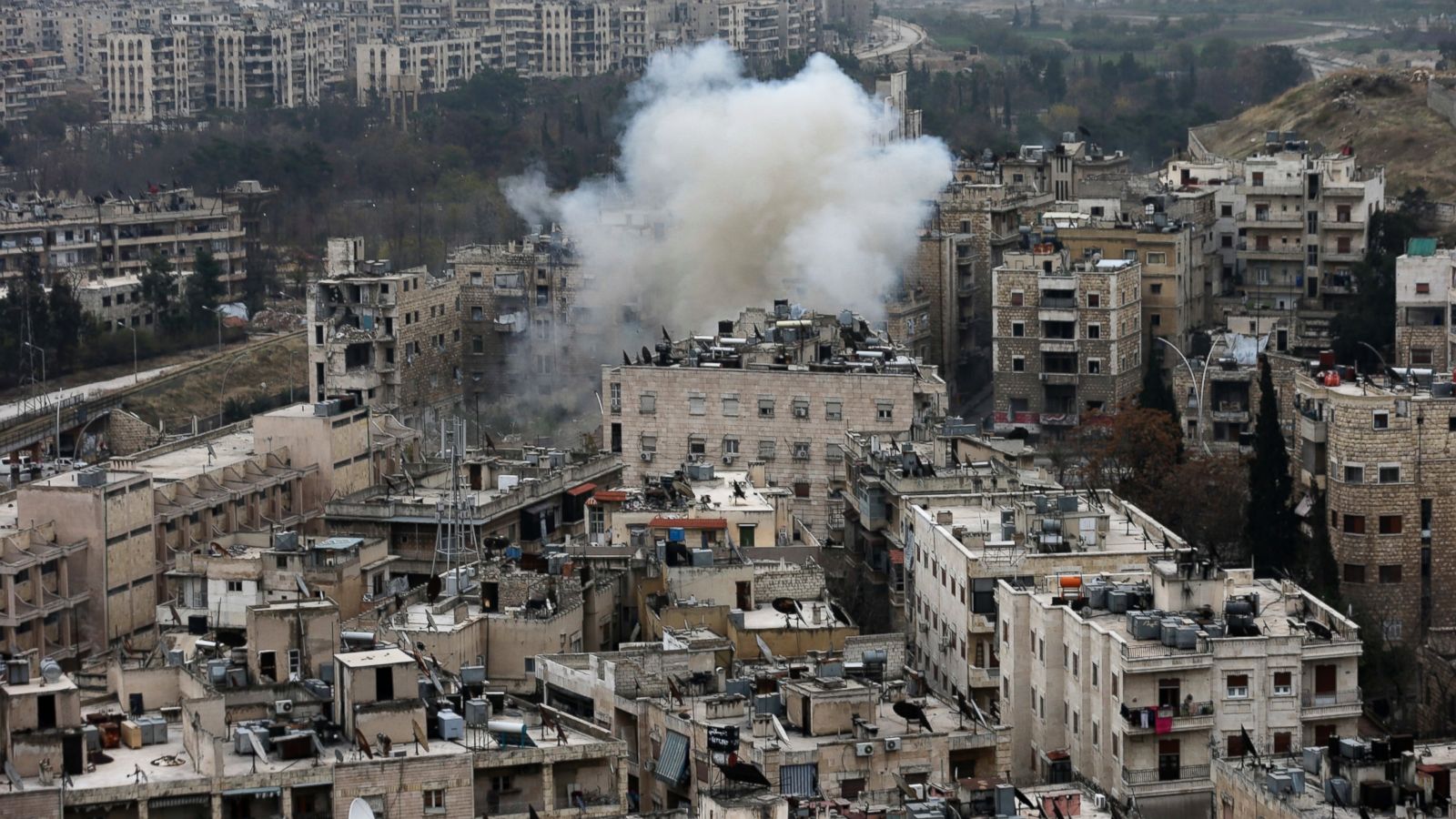 The rebels are close to losing Aleppo to the pro-government forces as they only control around 10% of the city after losing the neighborhood of Sjeikh Saeed, one of the largest neighborhoods in eastern Aleppo, following intense clashes. President Assad’s forces are determined to take over the city since they began their ground offensive on November 26 with aerial support from Russia. State television claimed that more than 70,000 residents have fled eastern Aleppo in the past few days to government-controlled western part of the city while the Russian Ministry of Defense stated that 728 Syrian rebels have laid down their arms on Monday.
According to the Syrian Observatory for Human Rights, airstrikes as well as barrel bombs continue to target neighborhoods controlled by rebels, estimated to extend over around 10 Km2.
The Free Syrian Army could be losing more territories in the coming days as it continues to surrender neighborhoods to the pro-Assad forces almost every day. It lost Sheikh Saeed only a day after losing the al-Madi neighborhood and at this rate, Eastern Aleppo is expected to be in the hands of the Assad regime before the end of the year.
Recapturing eastern Aleppo will be an important symbolic victory to the regime because it had been controlled by rebels since 2012.
State TV has lately been broadcasting every day images of hundreds of civilians fleeing areas where troops are advancing, pouring into western Aleppo. Those areas are only accessible through government-monitored crossing points but there have been reports of hundreds of men going missing once they get into government-held areas.