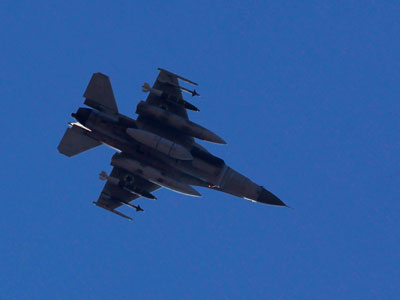 Israeli warplanes have allegedly fired two missiles into Syria targeting Hezbollah forces on Wednesday. The attack which was launched from the Lebanese airspace targeted the Sabboura area according to the Syrian state media, Sana news agency, and various sources have confirmed that loud explosions were heard overnight in Damascus. The city is 8 kilometers away from the Syrian capital. There are no report of casualties although Hezbollah has confirmed the attack while Israel has neither denied nor confirmed the allegations of being behind it.
A military source was quoted saying that the missile strikes are aimed at raising the “morale of the collapsing terrorist gangs” as well as “an attempt to distract attention” from the Syrian army’s recent “successes” after recovering most of the rebel-controlled territories in eastern Aleppo.
Sabboura is an important passage between Beirut and Damascus because of the highway that runs through the town but analysts are opining that a weapons shipment could have been targeted. London-based Arabic news website, Rai al-Youm, reported that the first missile targeted an arms depot belonging to the 38th Brigade of the Syrian army’s 4th Division while the second was directed at a group of vehicles believed to be part of a Hezbollah weapons convoy.
Israel has always considered Hezbollah to be a threat to its national security and Prime Minister Netanyahu stated on Sunday that “Israel will not let Islamic State or any other hostile organization use the chaos of the war in Syria to set up shop on Israel’s northern border” after a terrorist cell allegedly fired at its forces across the border.
This is not the first time Israel has targeted Hezbollah forces in Syria as it is believed to have bombed weapons shipments intended for Lebanon’s Hezbollah movement in the past.