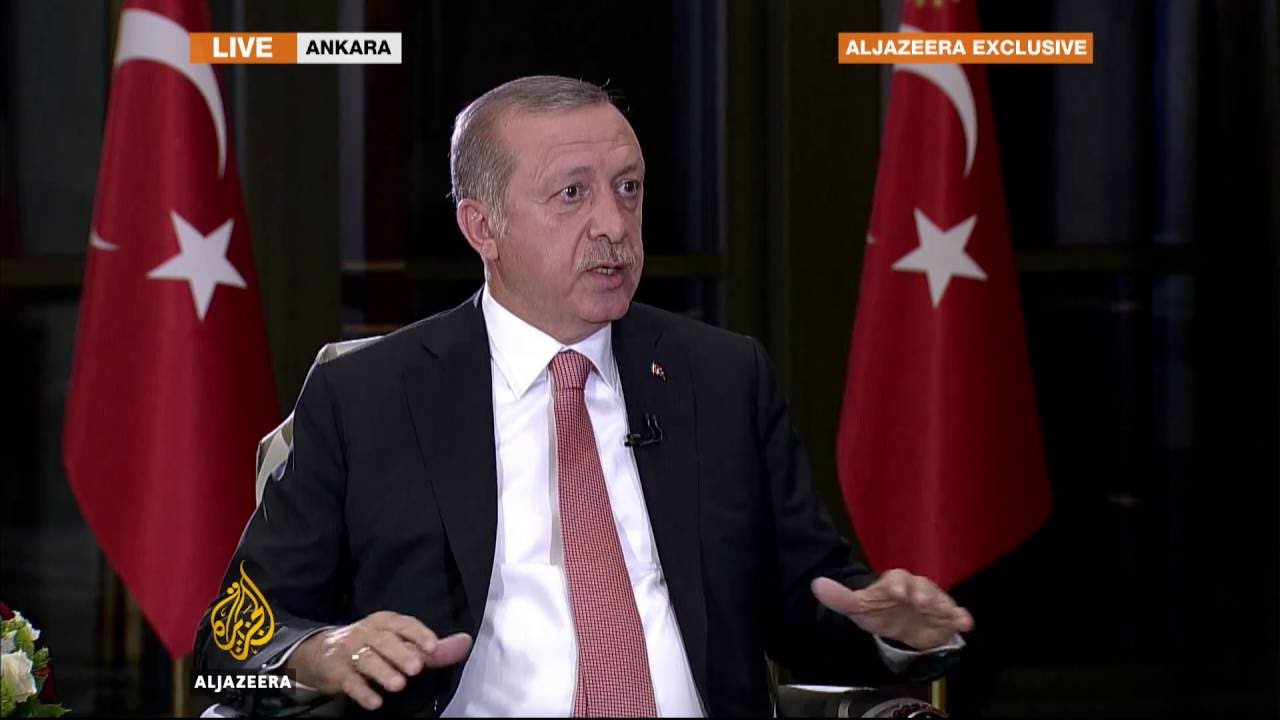 Cairo has reacted to President Erdogan’s latest accusations of “the Egyptian regime” providing “support” to the Gulen movement claiming that Ankara was back-stabbed. Erdogan in an interview with Al Jazeera aired on Thursday said “we differentiate between the Egyptian people and the administration there. We love the nation like it was ours and that’s why we have provided all support to them but we are against coup governments and the violation of freedoms, and we will stand with the Egyptian people in their fight for democracy.”
The Egyptian foreign ministry responded that President Erdogan’s “irresponsible” statements highlight Turkey’s “double standard approach” over the past years. Spokesman Ahmed Abu Zeid questioned Erdogan’s human rights and democracy records especially after the mass arrest that followed the July coup attempt. He stated that he was surprised by the president’s remarks of portraying himself as a “guardian of democracy and protector of freedoms.”
Moreover, Zeid accused Ankara and Al Jazeera on collaborating to destabilize Egypt because the interview was aired on the eve of planned demonstrations against the economic reform policies of al-Sissi regime. He recalled that the banned Muslim Brotherhood which is supporting the demonstration is a close ally of Erdogan’s government.
Turkey’s embassy in Cairo has warned its nationals against going out on Friday “unless they have to” because of the “possibility of demonstrations being held countrywide” based on reports in the Egyptian media.
Cairo and Ankara used to have close ties when the Muslim Brotherhood was in power but the ousting of Morsi by al-Sissi, in a military backed coup d’etat, has been strongly rejected by Erdogan’s and he refuses to recognize the government. In August, President al-Sissi stated that they were giving Turkey the time to review their position while Prime Minister Yildirim stated that Ankara was looking forward to improving the relations.
Meanwhile, there are intense efforts by pro-government supporters to discredit the protests planned on Friday while the organizers are hoping that holding a successful one could be the beginning of the end of the al-Sissi administration often criticized for ruling the country with an iron hand.