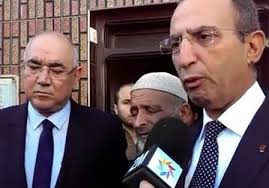 Following the unfortunate death of a fish seller in the northern Moroccan city of al-Hoceima that sparked protests in Morocco, Algerian propaganda machine jumped in and desperately tried to over inflate the event describing it as a prelude to a larger scale popular uprising.

Certain Algerian media outlets hoped to see thriving neighboring Morocco crumbling but they were disappointed. Some went even further in their exacerbation, saying the North African Kingdom is witnessing a second Arab Spring.

They did not hesitate to draw a parallel between the case of Moroccan fish seller Mouhcine Fikri who killed himself after he jumped into the trash compactor in an attempt to retrieve his confiscated merchandise and the self-immolation of Mohamed Bouazizi in Tunisia in December 2010, which triggered the Arab Spring.

However, to the great displeasure of the Algerian media, their futile campaign turned out to be just castles in the air and a dead duck. They erred when they forgot that Morocco is NOT like Tunisia or Egypt.

Morocco is a modern monarchy ruled by King Mohammed VI who remains very popular in his country wherein pro-democracy protesters never challenged the monarchy though they frequently attack government officials.

Furthermore, the Moroccan Sovereign has always managed to remain above wave of protests due both to his undisputed legitimacy thanks to his special status in the country, as he is the Head of State and also a top religious leader (commander of the faithful.)

Unlike its neighbors in the region, Morocco has managed to weather the political storms because the government and security services have become experienced in handling protests.

Besides, Morocco did not witness the same level of protest in 2011 as Tunisia, Egypt or Libya, when thousands of mostly young Moroccans carried staged a series of protests in more than 50 towns across the country starting in February 2011, to denounce social inequalities, corruption, and injustice and call for the election of an empowered parliament. Their grievances were heeded by the King and constitutional reforms were adopted.

“Unlike some of its North African neighbors, the Moroccan government had allowed regular protests activity as a pressure-release mechanism and was therefore seasoned in protest control,” wrote Sarah Yerkes in a column posted on the website of the Brookings Institution, on Wednesday.

Sarah Yerkes, a visiting fellow in the Center for Middle East Policy and a fellow in the Council on Foreign Relations International Affairs, pointed out that the wave of protests, sparked by the death of the fish seller “is likely to subside with little lasting effect for multiple reasons,” including the Moroccan government’s experience in handling protests.

She added in her column that “the Moroccan police have not interfered in the protests, and the government has so far made all the right moves to prevent the protests from turning violent or spiraling out of control.”

“The king ordered a thorough investigation into Fikri’s death and sent the Interior Minister to deliver his personal condolences to Fikri’s family,” she wrote. Interior Minister Mohamed Hassad even issued a statement expressing solidarity with the protesters, “No one had the right to treat [Fikri] like this…We cannot accept officials acting in haste, anger, or in conditions that do not respect people’s rights,” she added.

Sarah Yerkes also insisted that King Mohammed, thanks to his “innate legitimacy” managed to stay above the fray during each wave of protests.

As to the tragic death of the Moroccan fish seller, due process is taking its course and Moroccans are convinced that justice will be served and those proven guilty will be punished.

So far, 11 people, including security officials involved in the incident, have been charged in this case and the general prosecutor ordered the preventive detention of eight of them.

So, it’s just a classic law violation case which prompted public uproar, a case which Algerian authorities and media tried to inflate and exploit to serve their agenda, but the balloons blew up in their hands.

Morocco, which is building its own democracy, has proven it can open up and allow protestors to express themselves. Can its critics venture to do the same thing? It is improbable at the best of times.