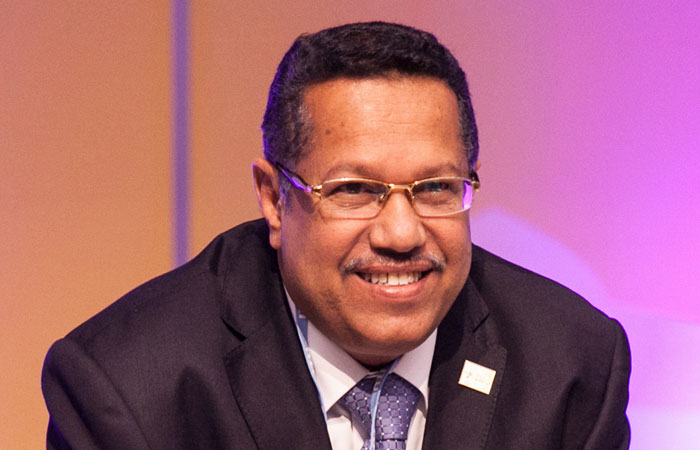 Prime Minister Ahmed Obaid Bin Daghr of the Hadi-led government said they accept the proposed UN peace plan “in principle” but also have “reservations” regarding some of the aspects that “favor the Shia Houthi militia and their allies.”

The Prime Minister made the remarks at a meeting held on Thursday with the U.S Ambassador to Yemen Mathem H. Tueller.

UN Special Envoy for Yemen, Ismail Ould Cheikh Ahmed, told the UN Security Council, at the beginning of the week, that the Hadi government has “unofficially” rejected the peace plan proposal because it thinks that it “rewards the putschists.”

Daghr pointed out that some points of the proposal “contradict previous frames of reference” that could help to build long lasting sustainable peace such as the Gulf Initiative, the results of earlier rounds of national dialogue, and UN Security Council resolutions. He made emphasis on Resolution 2216 of the Security Council, which calls for the surrendering and disarmament of the Houthis and their retreat from occupied territories as one of the key elements that could help to bring stability in the country. He claimed that reaching an agreement with the rebels without disarming them would lead to the weapons being used to “impose their will on the Yemeni people with the clear support of known regional powers.”

The Houthis and their allies had also criticized the UN peace plan for its “fundamental flaws” unofficially but Special Envoy Ahmed warned that the “unilateral actions” of the warring parties “risk undermining the prospects for peace.” The Houthi uprising that began almost 2 years ago has left the administration of the country divided into two and extremist groups have capitalized on the chaos to reinforce their presence and expand their influence.