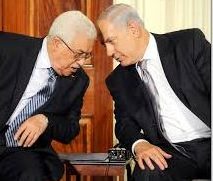 United Nations Educational, Scientific and Cultural Organization (UNESCO) adopted the resolution, which disregarded Jewish ties to the Al Aqsa by endorsing that of the Palestinians following a secret ballot by members of its World Heritage Committee.

Such resolutions are usually approved through a consensus but Tanzania and Croatia demanded a secret ballot.

Before the voting, the resolution was revised after aggressive diplomacy and lobbying by Israel and the US but Israel’s Ambassador to the organization Carmel Shama-Hachohen said it is a repeat of “yet another absurd resolution against the State of Israel, the Jewish people and historical truth.”

Israel’s ambassador to the UN, Danny Danon, described the approval as an embarrassment that is “doomed to fail” after criticizing UNESCO for “marching to the tune of the Palestinian pipers” to deny Jewish heritage by distorting their history and disconnecting the Jewish people from their land.

Israel has recalled its ambassador for consultations and Prime Minister Netanyahu stated that his government “will decide what the next steps will be.”

Palestine’s envoy for UNESCO, Elias Sanbar, said Israel should stop “politicizing religion” because it is “very dangerous”. Ten states voted in support of the resolution while two opposed it with the remaining eight countries abstaining. Israel protested against the resolution by dumping it in garbage.

The Secretary General of the Palestine Liberation Organization, Saed Erekat, applauded the resolution for “reaffirming the importance of Jerusalem for the three monotheistic religions, Christianity, Judaism and Islam.” He accused Israel of trying to make East Jerusalem a city of Jewish traditions by distancing it from its Muslim and Christian traditions “through an orchestrated campaign” based on “archaeological claims and distortion of facts as a way to legitimize the annexation” of the city. Erekat urged Tel Aviv to “respect the status quo of our religious sites, including al-Aqsa Mosque Compound that continues to be threatened by the Israeli systematic incitement and provocative actions.”