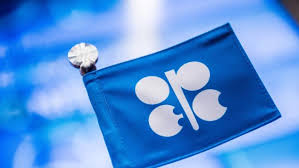 The agreement between members of the Oil Petroleum Exporting Countries (OPEC) and non-OPEC members that was reached in Algiers last month is slowly nearing a deadlock after Iraq became one of the latest countries demanding to be exempted from it. Iraq is the oil cartel’s second-largest producer after Saudi Arabia and its production is currently around 4,7million barrels per day. Baghdad is claiming that it needs to boost its production to finance its war against the Islamic State group.

The market has already reacted to Baghdad’s intentions with the price of a barrel falling for the first time in three weeks as pessimism increases over the possibility of the production cut and freeze agreement being implemented.

Last week, Saudi Energy Minister Khalid Al Falih had applauded the “moving into balance” of the oil markets following the agreement as he hinted that “intense consultations to take the right action to quicken the rebalancing and market recovery” is ongoing between OPEC and non-OPEC members.

Non-OPEC members are asked to remove 400-500,000 barrels from the market and a similar action is to be undertaken by OPEC.

However, with countries such as Libya, Iran and Nigeria increasing their production, the market could still be unbalanced and Saudi Arabia, which is the main producer, could reject calls to bear the burden of other countries as the battle of market shares continues.