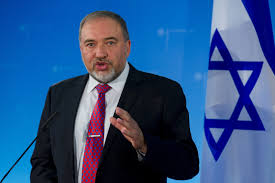 Israel’s Defence Minister Avigdor Lieberman has issued a stern warning to Palestine that another round of hostilities with Israel during his tenure will be regretful even though Tel Aviv has “no intention of starting a new war against our neighbors in the Gaza Strip or the West Bank, Lebanon or Syria.”

The warning, which seems to be directed at Hamas, was made in an interview according to UK defense Journal.

“But in Gaza, like the Iranians, they intend to eliminate the state of Israel…if they impose the next war on Israel, it will be their last. I would like to emphasize again: It will be their last confrontation because we will completely destroy them,” Lieberman warned.

Israel has been repeatedly accused of using disproportionate military force during hostilities with Hamas in the Gaza Strip. Lieberman has nevertheless promised that Tel Aviv will build the port and airport as well as lift the blockade “if Hamas stops digging tunnels, rearming and firing rockets.”

Meanwhile, Palestine’s intelligence agency has claimed that it foiled an assassination plot targeting several senior Palestinian politicians living in the occupied West Bank. According to the agency, the plot aims at igniting discord and confusion amongst citizens. The targets included Governor Akram Rajoub and Mayor Ghassan Shakaa, both from the city of Nablus, three Palestinian Authority (PA) officials and two members of Fatah namely Jamal al-Tirawi and Amin Maqbool.

Three of the four plotters have been arrested and one of them is a senior military intelligence officer.

There have been a series of assassination attempts this year in Palestinian Territories but no group has claimed responsibility.