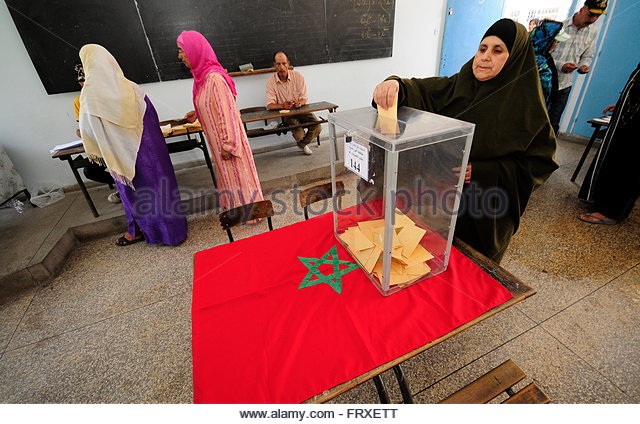 About 16 million Moroccans head to the polls on October 7th to choose their MPs for the 395-seat lower house of parliament. These parliamentary elections are the 2nd ballots since the adoption of the new Constitution in 2011 and the 10th since the North African country gained independence in 1956.

The election campaign, which started sept.25, is becoming increasingly heated as the polling date is getting closer and closer. The ruling Islamist Justice and Development Party (PJD) and opposition Authenticity and Modernity Party (PAM) are the main contenders, competing for bigger popular support and more seats.

The Istiqlal (Independence) Party, the oldest in the country, is also expected to play key role in this general election. The Moroccan political scene also includes the Party of Progress and Socialism (PPS) which moved lately closer to the PJD, the Socialist Union of Popular Forces (USFP), the Popular Movement (PM), the National Rally of Independents (RNI) and the Constitutional Union (UC).

Considered as rather a new player in the elections game, the Democratic Left Federation (FGD), is expected to make it to the Parliament for the first time.

Bringing together three far left-wing parties, namely the Socialist Democratic Vanguard Party, the National Ittihadi Congress Party, and the Unified Socialist Party (PSU), the Democratic Left Federation (FGD), headed by an iconic female politician, Nabila Mounib, is likely to glean the votes of those who really aspire to a change in the Moroccan political landscape.

During the 2015 local and regional elections, the PJD came first in regional councils taking 174 seats, followed by PAM with 132 seats and Istiqlal Party with 119 seats.

In local councils’ polls, PAM ranked first gaining 21 pc of seats, followed by the Istiqlal party with 16.2 pc and the PJD with 15.9 pc. However, the PJD candidates won in most big cities such as Rabat, Salé, Tangier, Kenitra, Meknes, Marrakech, Agadir and Fez.

According to the Moroccan electoral system, out of 395 MPs, 305 are elected in multi-seat constituencies from electoral lists drawn by the parties, while 60 seats of the remaining 90 are reserved for a national list of women and the other 30 remaining seats are for candidates under the age of 35.

Voter turnout in the 2015 local elections was 53.67 percent, up from approximately 45 percent in the 2011 parliamentary vote. Turnout of this new poll will be closely watched for an indication of people’s trust in political class.