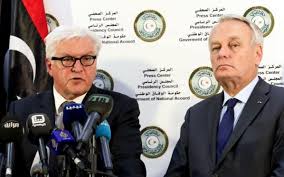 A meeting organized and hosted by France to discuss the Libyan crisis is being questioned because there were no Libyan officials present.

Foreign Minister Jean-Marc Ayrault stated that organizing the event was an “initiative” that he took “on behalf of France because we want the government of national accord of Mr. Serraj to succeed.”

The Arab League was not pleased either because it was not invited. Serraj was in Paris last week and met with French government officials including President Hollande.

Ahead of the meeting held on Monday, France stated that it will be geared towards advancing “the cause of achieving the necessary unity in Libya.” Yet, Minister Ayrault’s comments after the meeting raised concerns about Paris position in the war-torn country. In an interview with TV5 Monde, he said Prime Minister-designate of the UN-backed Government of National Accord (GNA) “has to make new proposals to expand his government – I think in particular to find a place for General Haftar who is present militarily in the east so that all Libyan forces are united to develop the country.”

For Ayrault, Serraj should include in his government all Libyan movements and personalities to be able to fight terrorism and reinvigorate the economy.

Haftar heads the Libyan National Army loyal to the Tobruk-based parliament that has lost its international support after the formation of the GNA.

Shortly after Ayrault’s interview, a spokesman for the Foreign Ministry reiterated France’s support to the GNA but called on it to widen its scope and “include all the Libyan political forces from all Libyan regions.”